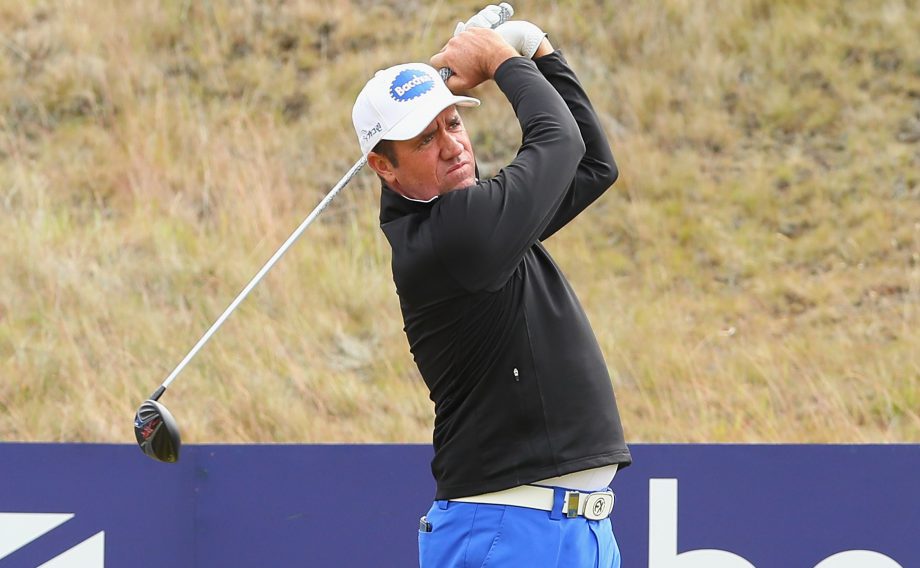 INVERNESS, Scotland – Scott Hend of Australia and Felipe Aguilar of Chile made it through blustery conditions and shot 3-under 69 to share the lead Thursday after the first round of the Aberdeen Asset Management Scottish Open.

The five-time major champion, a winner the last time the Scottish Open was held at Castle Stuart, struggled to make putts and took three bogeys on the par 5s on his way to a 76. His next task will be making the cut.

“The greens weren’t overly fast to where balls were rolling when you were putting,” Mickelson said. “They were very fair. I thought it was a fair test. A score around par would have been a good score. I felt like I gave three or four shots away on the greens that could have put me at a score around par.”

Only 20 players managed to break par at Castle Stuart.

Graeme McDowell and Padraig Harrington were among those at 70, while Branden Grace of South Africa and Andy Sullivan were in the group at 71.

Hend already is in the British Open next week at Royal Troon. He learned last week at the French Open that he was in the Open, exempt to the PGA Championship and that Jason Day had withdrawn from the Olympics, meaning Hend was a lock to take one of the two spots for Australia.

His first task is going after his third victory of the year.

“Obviously, conditions were quite tough and I was a little bit scrappy with some putts not quite getting to the hole,” he said. “But overall, very happy.”

Four spots in the British Open are available this week to the leading players among the top 12 not already eligible. One of those players is Aguilar, though Sunday is too far away for him to think about Royal Troon.

“That’s in the back of my mind,” he said. “I’m just worried about what’s going to happen tomorrow. I just finished the first round and still have 75 percent of the rounds to go. If that comes along, it will be great. It will be awesome, but it’s not even on my mind yet.”

Mickelson wasn’t the only American to struggle among those who came over to prepare for links golf. J.B. Holmes finally got his clubs, which did not make it over on his flight, but he had three double bogeys on his way to an 80. Patrick Reed had to play one shot off a hillside and slipped on the way down. He opened with a 75.

Russell Knox made a solid start in what amounts to a home tournament for the Scot who now lives in Florida. Knox opened with a 72 and was only three shots behind after the opening round.

“The atmosphere was amazing,” Knox said. “A lot of old friends and people I’ve known for a lot of years showed up, which was great.”

He opened with a pair of birdies, but the wind picked up in the afternoon, and it was a battle, especially at the end. The long 18th played straight into the wind, and Knox wasn’t the only player who dropped a shot on the last.

“It’s a terrible setup in my opinion – 600 yards, straight into a 30 mph wind,” he said. “They could have easily moved us up a tee. I disagree with that hole today. But I hit three good shots and three bad putts.”