Henderson 3 back after first round of LPGA Founders 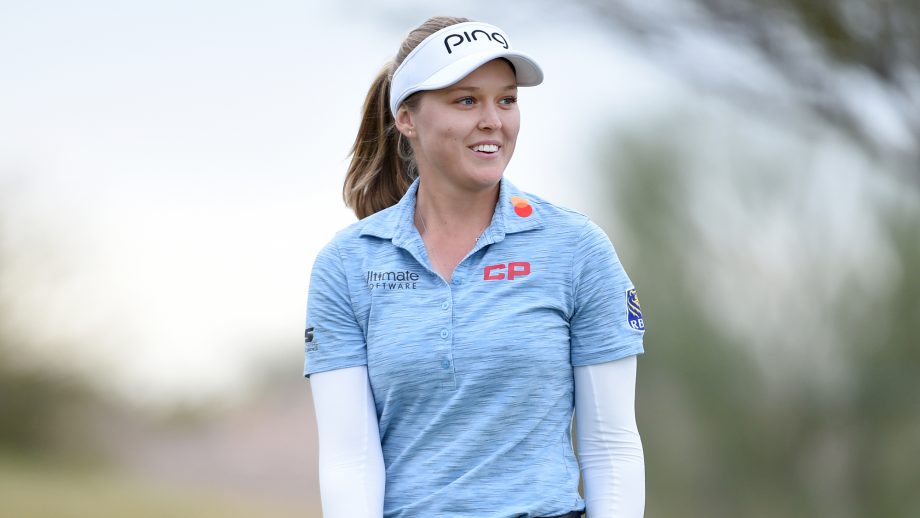 PHOENIX – Na Yeon Choi feared the worst Thursday in her return from a back injury. She ended up high on the Founders Cup leaderboard.

Choi shot a 7-under 65 at Desert Ridge in her first tournament round in 11 months, leaving her a stroke behind first-round leader Celine Boutier in the event that honours the 13 women who founded the LPGA Tour.

“ Golf is really funny game. I didn’t expect any good score today because this is first day,” said Choi, the 2012 U.S. Women’s Open champion and nine-time tour winner. “I practice hard, of course, but it’s hard to tell how I’m going to shoot. Less expectation, I think, always give you better result.”

Close friend Jenny Shin waited around for Choi to finish and threw a cup of champagne on her in celebration.

“I’m just happy be on the fairway and walking with friends,” Choi said.

The 31-year-old South Korean tried to play through the back problem before finally shutting it down last April, taking the advice of friends and former tour stars Beth Daniel and Meg Mallon.

“I just kept playing golf and my swing got worse and worse and hitting my ball going left and right,” Choi said. “My mentally is like totally broken, so I just need my body get ready first.”

She took a two-week European vacation to help clear her mind.

“I didn’t think about golf,” Choi said. “I didn’t set alarm every day, you know. I just wake up whenever I want and I just eat whatever I want. It was different life I think. I think I was kind of robot when I was growing up and then playing golf well in LPGA Tour. I think I was like living in the box. I couldn’t do anything besides golf. Only golf, only golf. Like 100 per cent focused ongolf.”

When she got the golf bug again, she took it slow and relaxed.

“I try to drink some beer and get a little tipsy and playing golf,” Choi said. “Because we always play golf in serious mode. I just like to play more fun.”

Boutier closed her late round with a 4-foot birdie putt on the par-4 ninth. The Frenchwoman won the Vic Open last month in Australia for her first LPGA Tour title.

“It’s definitely made me more confident in my game, my ability to win out here,” Boutier said. “I feel like I was kind of lacking that confidence last year.”

Alana Uriell, Charlotte Thomas, Jin Young Ko and Nanna Koerstz Madsen joined Choi at 65. Uriell won a Symetra Tour event two weeks ago in Florida in her pro debut, making an eagle on the first hole of a playoff.

“It’s given me a lot of confidence coming into the LPGA having a win under my belt,” Uriell said. “Feel a little more at home out here, so I don’t mind letting loose and seeing what I’m capable of.”

Former Phoenix high school star Sarah Schmelzel opened with a 67 in her third tour start. She was the 2011 Arizona high school champion at Xavier Prep.

“It was very comfortable looking over outside the ropes and seeing my boyfriend, my mom, my dad, and my brother and people from my golf club that I grew up at here,” Schmelzel said.

In 2001, her golf-loving father – alerted by a friend that Annika Sorenstam was tearing up their home course of Moon Valley in the Standard Register Ping – pulled her out of elementary school in time to watch the final nine holes of Sorenstam’s tour-record 59.

“I just remember I got called up to the office,” Schmelzel said. “I was like, ‘Oh, no. That’s not good.’ I saw my dad standing at the front desk and he said, ‘All right, we’re going to Moon Valley.”’

Nelly Korda had a 68. She won the Women’s Australian Open last month for her second LPGA Tour victory and leads the money list.