Henderson and her unique swing are ready for Olympic debut 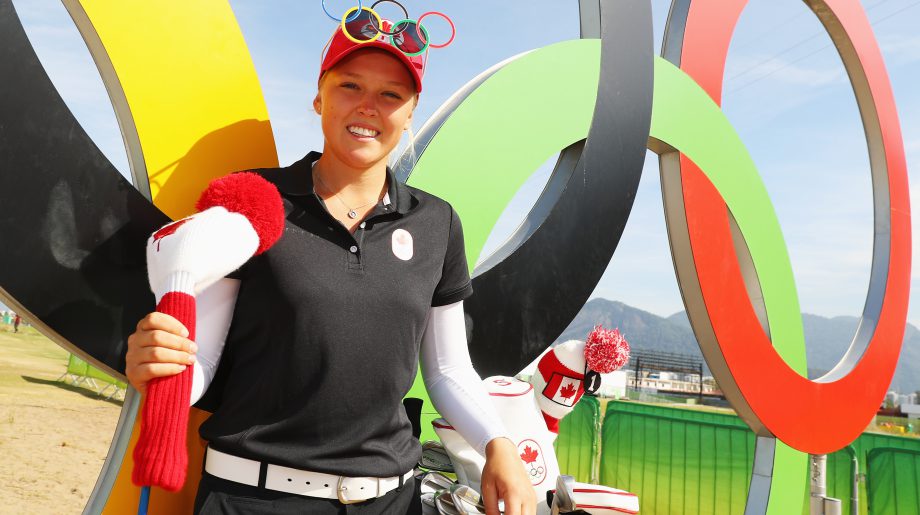 Canadian golf star Brooke Henderson has used longer clubs since her junior days and it has helped her create a unique swing that generates tremendous power.

Henderson brings the club way back, flattens it out as it comes down and then uses her balance and core strength as she strikes the ball. She has become one of the longer hitters on the LPGA Tour and is expected to be a podium favourite in the Olympic women’s golf tournament, which starts Wednesday.

“When you mix power and probably some clubs that are a little longer, she’s created a way to create some leverage,” said Canadian women’s team coach Tristan Mullally. “She definitely uses the ground, she definitely gets down into it, sinks into it and then rotates her body super quickly. When she came on to the program, strength wasn’t the issue, it was more stability and balance.

“We’ve worked a lot on trying to clean up the little things so that she can continue to be powerful and continue to have a go at it because that’s when she plays great.”

Henderson, from Smiths Falls, Ont., turns 19 next month. She has risen to No. 2 in the world rankings and won her first major tournament — the KPMG Women’s PGA Championship — in June.

She’ll be joined by Alena Sharp of Hamilton at the Olympic Golf Course for the stroke play competition.

Mullally has worked with Henderson since she was 14 and has helped fine-tune a swing he describes as “hard and aggressive.”

“We wanted to keep that but with kids, you can run into injuries pretty quickly if that’s the way you go,” he said in a recent interview. “It was just about cleaning that up. I would say it’s natural, it’s her. She knows where the club is in space which makes her great.

“Anything we’ve ever done has always been around trying to help with the variety of shots or to make it pain and injury-free. That’s really where we’ve had some input.”

Long-time golf instructor Kevin Haime hosted a recent junior golf event in the Ottawa area that featured Henderson and her sister Brittany. Haime said he regularly uses a video demo of Brooke’s swing for his students.

“I will tell you that she is in some incredibly good positions,” he said. “Her transfer of club from backswing to downswing is really dynamic. It’s really similar to Sergio Garcia’s, it’s almost (Ben) Hogan-esque, the way the club drops. You don’t see that very often.”

Haime called it an “athletic swing” that is only seen a few times a generation on tour.

“She’s got that Rory McIlroy-type of talent if she gets it all going,” he said. “I think Lexi Thompson has that as well, a dominant performance possibility. I’m not so sure how many others have that. It wouldn’t be more than 10.

“So if you think about the limited field at the Olympics, No. 1, and then No. 2, you think about her horsepower if she gets it going just right, I think Canadians should be excited about that.”

Golf is making its return to the Olympic program for the first time since the 1904 St. Louis Games.