Henderson back in action at the Women’s British Open 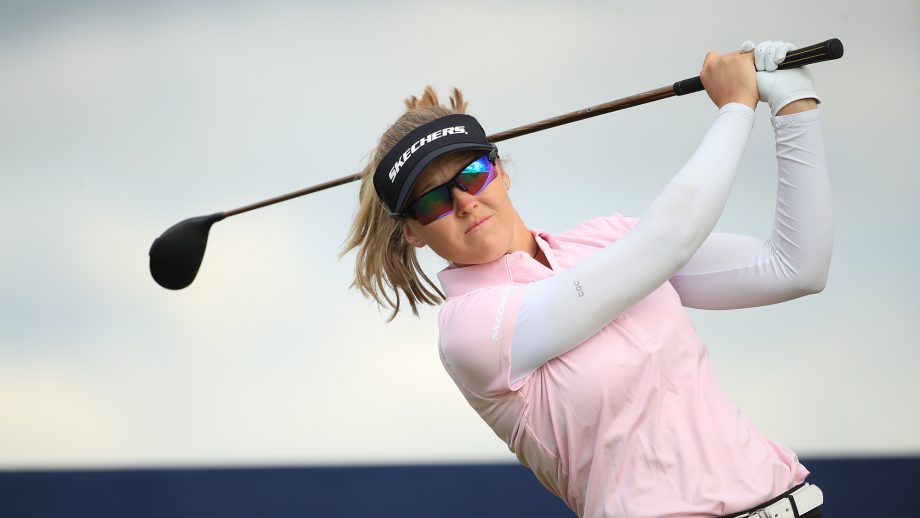 The time has come for Brooke Henderson to get back into competitive golf.

Henderson tees off in the early afternoon on Thursday at the Women’s British Open at storied Royal Troon Old Course in Troon, Scotland. It’s her first tournament since January, a seven-month break that she believes is the longest she’s taken from competitive golf since she was in elementary school.

“That’ll be fun, I haven’t really felt that adrenalin in a little while. I’m looking forward to it,” said Henderson, who tied for fourth at the Diamond Resorts Tournament of Champions on Jan. 16 and then tied for 15th in the Gainbridge LPGA at Boca Rio a week later.

Henderson always planned to skip the LPGA Tour’s swing through Australia and was on the fence about playing in its Asian tournaments. The COVID-19 pandemic took that decision out of her hands.

“I was happy that I wasn’t over there and then after that more things started to get cancelled,” said Henderson. “It is unfortunate that this has happened but, at the same time, you can take some positives from it.

“My family’s been healthy and hopefully it stays that way and I’ve been able to do some extra things I don’t normally have time for.”

That inactivity has seen Henderson fall from the top 10 down to a tie for 37th in the Race to CME Globe standings. A solid performance at Troon, however, should help her move quickly back up the rankings.

“I’m really looking forward to competing again and I’m glad the LPGA has come up with a schedule and a plan to try and keep us players and everybody involved as safe as they can be during this crazy time,” said Henderson.

“I’m really appreciative of everyone that’s been working hard to get the show on the road.”

Always a cerebral player, Henderson enjoyed taking a step back from the day-to-day grind of a professional golfer. Instead of analyzing course layouts and working on her swing she’s had time to read books and do more cooking.

“It’s very mentally draining playing golf, both on the course and off,” said Henderson. “You’re constantly thinking of how to improve, how to play the course with maybe a better strategy, you’re always thinking and trying to get better that way.

“In this off-time I feel like I’ve had more mental energy to spend in different ways.”

She’ll be joined at Women’s British Open by Hamilton’s Alena Sharp, who has thrived since the LPGA Tour resumed play on July 31 at the inaugural Drive On Championship. Sharp is currently 42nd in the CME Globe standings.