Henderson climbs back to finish T2 at Shoprite 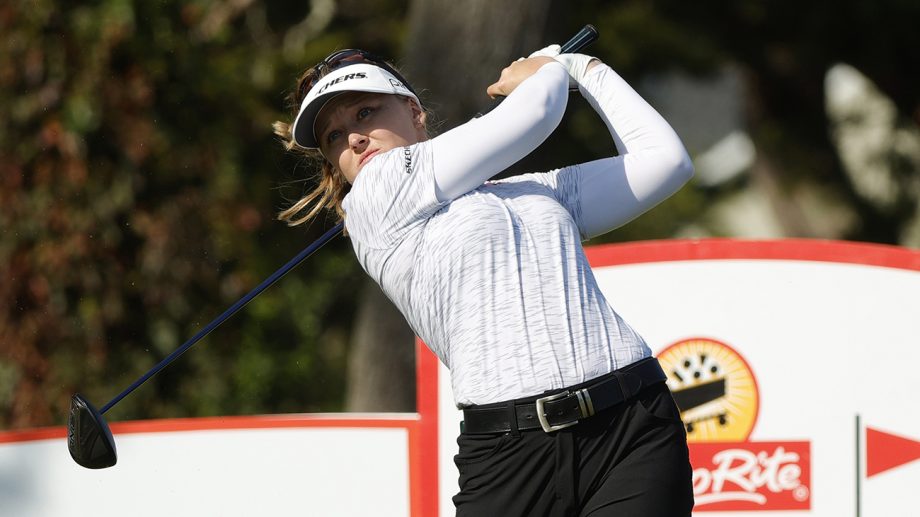 GALLOWAY, NEW JERSEY - OCTOBER 03: Brooke Henderson of Canada hits her tee shot on the 2nd hole during the final round of the ShopRite LPGA Classic presented by Acer on the Bay Course at Seaview Golf Club on October 03, 2021 in Galloway, New Jersey. (Photo by Sarah Stier/Getty Images)
Canadian Press

GALLOWAY, N.J. – Celine Boutier birdied two of her last three holes for an 8-under 63 and won the ShopRite LPGA Classic when South Korea’s best two players faltered down the stretch Sunday.

Starting the final round five shots behind, Boutier ran off six birdies on the front nine of the windy Bayside Course at Seaview to join a growing list of contenders.

Jin Young Ko and Inbee Park, who shared the lead going into the final round, couldn’t catch her.

Ko and Park were one shot behind playing the par-5 18th. Ko hit a fairway metal to the right side of the green, leaving her some 70 feet away. She lagged that about 8 feet short. Park didn’t have the length to get home in two, and her wedge ran by about 10 feet.

Both missed their birdie putts, giving Boutier her second LPGA Tour victory, and her first on American soil. Her previous win was the 2019 Vic Open in Australia, two weeks before the LPGA Tour was shut down by the coronavirus pandemic.

Brooke Henderson of Canada birdied the 18th for a 64 and also wound up one shot behind. Park and Ko each closed with a 69.