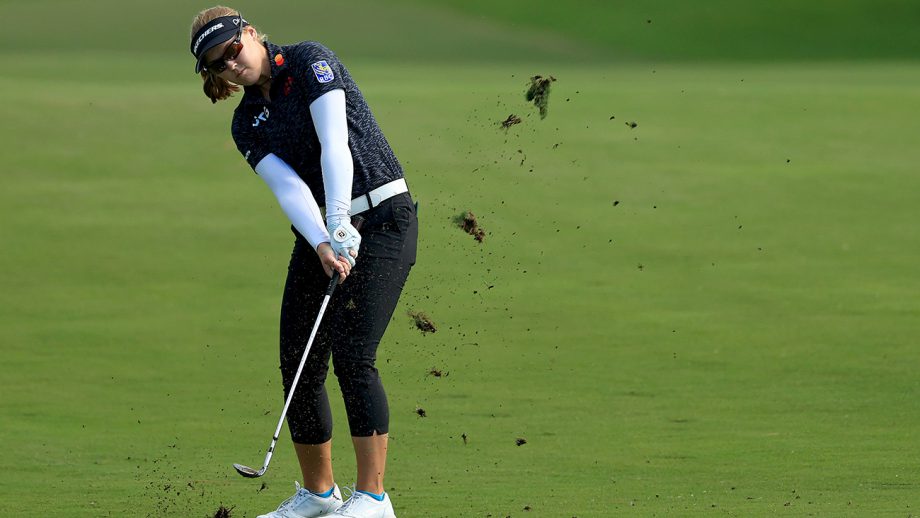 BELLEAIR, Fla. — Sei Young Kim won the Pelican Women’s Championship on Sunday for her second straight victory, closing with an even-par 70 for a three-stroke victory over Ally McDonald.

The KPMG Women’s PGA winner way back on Oct. 11 in her last start, the second-ranked Kim won for the 12th time on the LPGA Tour to break a tie for third on the South Korean victory list with Jiyai Shin, behind only Inbee Park (20) and Se Ri Pak (25).

Smiths Falls, Ont. native Brooke Henderson finished in a four-way tie for sixth place after a 1-under 69 in her final round.

Henderson ended the tournament seven strokes behind Kim. It’s the third consecutive tournament where the 23-year-old has finished in sixth and her fourth straight top-10 finish.

The only fellow Canadian on the course was Alena Sharp of Hamilton, On., who shot a 72 today and tied for 27th.

Kim was drenched in champagne during the victory celebration.

“My friends put it on my head and then my T-shirt and everything,” Kim said. “Feel like take a shower in the champagne. I still smell. And then drink a little bit and feel — feels, you know, like little drunk.”

The 27-year-old Kim is the first player to follow her first major victory with a win in her next start since Ariya Jutanugarn in 2016 in the Women’s British Open and CP Women’s Open.

“Always after win always got the extra confidence, so when I play, standing on the golf course, it feels very happy when I walk on the course,” said Kim, also a five-time KLPGA winner. “It’s really great.”

Kim finished at 14-under 266 at Pelican Golf Club in the first-year tournament originally set for the same week as the PGA Championship in May. After her victory last month at Aronimink in Pennsylvania, she took a trip home to South Korea during the long break.

“After the tournament I just want to relax and then feel fresh, make myself feel fresh, so don’t think about golf,” Kim said. “Just fun thing to do.”

McDonald birdied the last for a 68. She was coming a victory in the Drive On Championship-Reynolds Lake Oconee in Georgia, her first on the tour.

“I’m really happy with how I played,” McDonald said. “I hung in there. … So I’m really pleased. Obviously, following a win to get another second and be in contention, that’s all I can ask for.”

Stephanie Meadow was third at 9 under after a 69.

Top-ranked Jin Young Ko tied for 34th at 3 over after a 71 in her first LPGA Tour event of the year. No. 1 in the world for the last 68 weeks, she was home in South Korea since the COVID-19 pandemic.

Kim is close to taking the top spot.