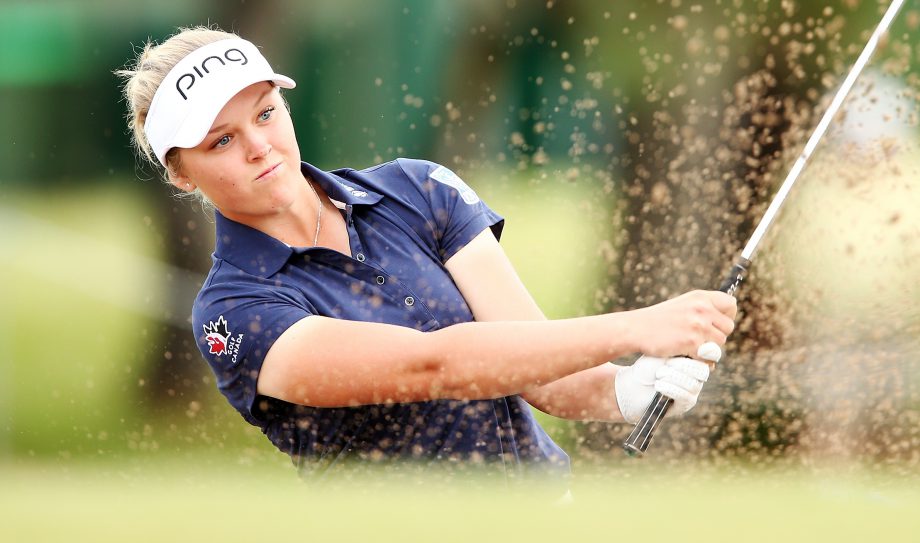 ADELAIDE, Australia – Honolulu-based Haru Nomura of Japan won her first LPGA tournament in her 72nd start, shooting a closing 7-under 65 on Sunday to win the Women’s Australian Open by three strokes.

Nomura, who was tied for the lead with two others going into the final round at The Grange’s West course, finished with a 16-under total of 272.

Top-ranked and defending champion Lydia Ko, who trailed by a stroke after three rounds, finished second after a 67.

Webb, who trailed by a stroke at the start of the final round, had three birdies in her first five holes to take a share of the lead, but those were her last under-par holes of the round.

Canada’s Brooke Henderson carded a final-round 67 to share 9th spot at 7-under for the tournament.

Nomura, whose previous best finishes were three top 10s, had birdies on 15, 16 and 17 and five overall on the back nine before a bogey on 18.

Born in Japan to a South Korean mother and Japanese father, Nomura said she wasn’t intimidated by Ko being so close late in the round.

“Golf is the fight of my own, it’s not against someone else,” she said. “Even though someone else plays well, if I hit my goals, then I win.”

Starting as third-round leader with Kang and South Korean Jenny Shin, Nomura had four birdies in six holes on the front nine. When Ko challenged on the back nine with three birdies in five holes to leave the New Zealander just one shot behind, Nomura responded with her three consecutive birdies.

Shin closed with a 74 to finish nine strokes behind.

Ko said she was not happy to finish the tournament with a bogey, but was overall pleased with her play.

“My goal was to shoot 67 today and I shot 67,” she said. “I played really well, but Haru played even better, and the roars I could hear she seemed like she was holing a lot of putts. So when another player does it, it’s really out of my hands.”

Webb said she was disappointed she couldn’t continue her early birdie run.

“I got off to a good start, I made a couple of putts and that was it,” she said. “I hit it really nicely again today, and it just gets really frustrating out there on the greens.”