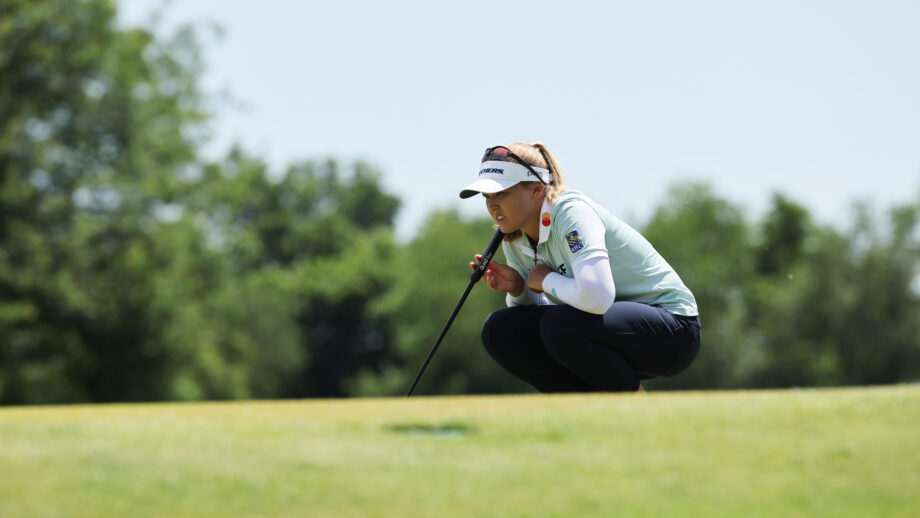 Belmont, MI. – The LPGA Tour returned to Blythefield Country Club this week for the eighth playing of the Meijer LPGA Classic for Simply Give.

Coming off her victory last week at the ShopRite LPGA Classic, Brooke Henderson fired a 72 to finish at 15-under.

In addition to her win in NJ, Henderson now has five additional top-10s this season, including a solo second at the Hilton Grand Vacations Tournament of Champions and a tie for fourth at the Honda LPGA Thailand. Though she struggled with her game after the Asian swing, a change in her putting grip seems to have made a major difference, which will be critical as she looks to add a third Meijer LPGA Classic to her resume.

“I started off the year really hot and I had a lot of great finishes, and kind of cooled off and I wasn’t feeling so well and things kind of went a little bit cold there for a little while,” said Henderson. “Definitely having the putting back in my corner and feeling a little bit more comfortable all the time is really key. I feel like left-hand low has made a big difference and so I’m excited moving forward.”

Henderson is the only player to win the Meijer LPGA Classic multiple times; she was victorious in 2017 and 2019, on Father’s Day both years.

After missing a two-foot eagle putt on the first hole of a playoff, Jennifer Kupcho won the LPGA Meijer Classic when Leona Maguire’s three-foot birdie try lipped out on the second extra hole.

Fellow Canadian Maude-Aimee LeBlanc finished the weekend 8-under (T40), with Alena Sharp coming in at minus 6 (T56).