Henderson has share of 3rd at Australian Ladies Masters 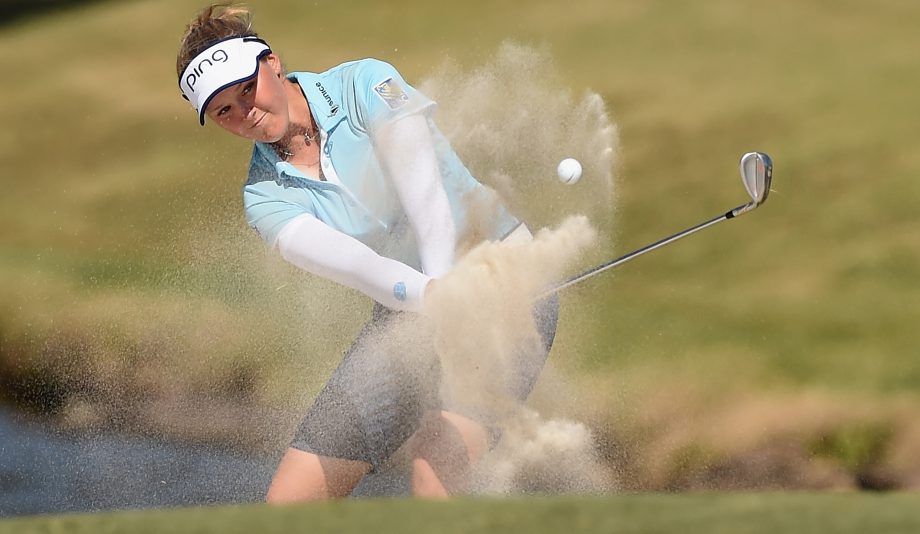 Lennarth shot her second consecutive 5-under 68 while Broch Larsen, thanks to a chip-in eagle on the final hole, carded a 69 for two-round totals of 10-under 136 at Royal Pines.

Lennarth, starting on the 10th hole, had four birdies on her final nine, including the eighth and ninth.

Broch Larsen said she was confident of making eagle or birdie at 18 but her five-iron approach on the 423-meter, par-5 hole missed the green to the right, finishing in a deep swale.

“It was probably the worst place you could be,” she said. “But I struck the chip nicely and it hit the pin and dropped.”

Brooke Henderson of Canada, who led with Larsen after the first round with 67s, was tied for third after a 71 with South Korean Jiyai Shin (70).

So Young Lee of South Korea and England’s Holly Clyburn, who each shots 69s, were tied for fifth.

Lennarth said she sang Justin Bieber songs to help get her through her five-hour round.

“You do notice it was really slow but you try to adjust and just focus on your shots,” she said. “I’m a bit of a Justin Bieber fan so was singing away for quite a few holes.”

Lennarth, 27, finished third behind Cheyenne Woods in 2014 at Royal Pines and was tied for sixth last year behind champion Su Oh.

“I feel comfortable on the course and also the Gold Coast,” she said. “I play my shots with a little draw and that suits quite a few of the holes here at Royal Pines.”

Marion Ricordeau of France, the other first-round leader, shot 77 to drop eight strokes off the pace in the joint Ladies European Tour and Australian Ladies event. Oh shot 75 and was at even par.

Woods shot 81 Friday after an opening 75 and missed the cut.