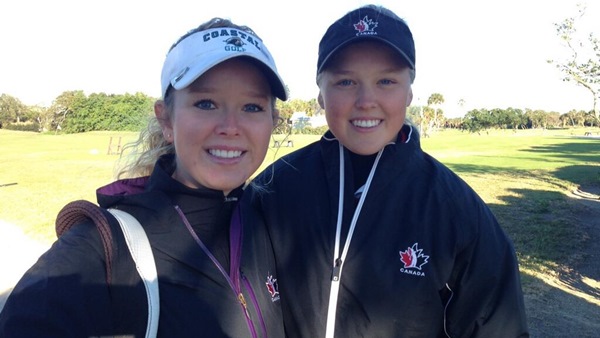 Team Canada’s Brooke Henderson struggled with the windy conditions on Thursday, carding a 4-over 76 at the Women’s South Atlantic Amateur Championship in Ormond Beach, Fla.

The Smiths Falls, Ont., native maintains the lead by one stroke over Chloe Williams of Wales, who shot a 3-under 69 – the lowest score of the day and the only player to break par.

Fellow Canadian Meredith Fairbairn also struggled with the conditions on Thursday, slipping to T24 on the leaderboard after a 10-over 82. Kimberly Risulmi of Llyodminster, Alta. sits at T55 with a 174 (87-87) through two rounds.