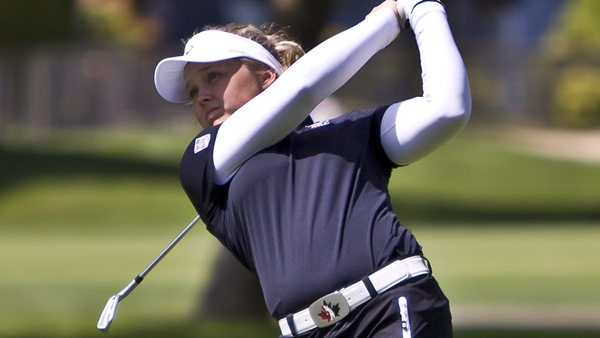 Henderson, a Team Canada member, didn’t get off to the greatest start at Oceanside Country Club as she carded a bogey on the 4th hole. But the 16-year-old turned things around not long after, closing out her front nine with birdie to make the turn at 1-under (35).

Henderson heated up on the back 9, birdying five of the next six holes. She finished the day three strokes ahead of England’s Annabel Dimmock and Harin Lee of Bayside, N.Y., who scored matching 2-under 70’s.

Fellow Canadian Meredith Fairbairn (Orangeville, Ont.,) sits tied for 16th at 4-over after shooting an opening-round 76. Kimberly Risulmi of Lloydminster, Alta. is tied for 59th at +15.