Henderson one back through 18 at Singapore 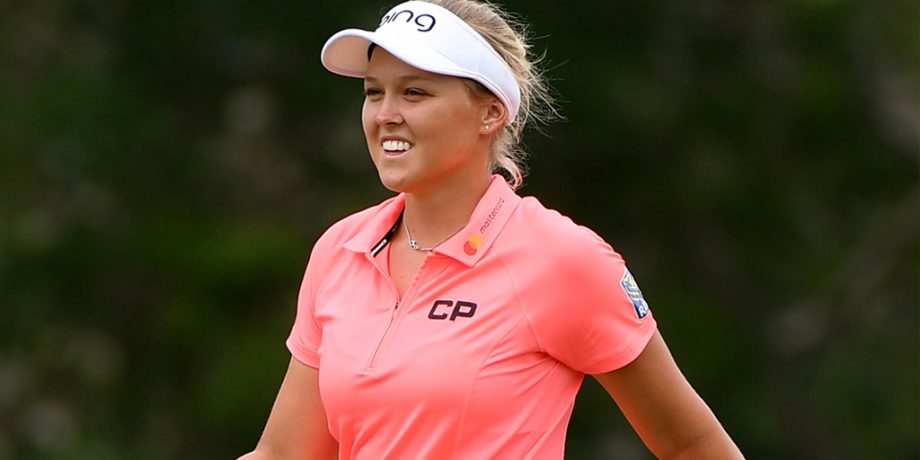 SINGAPORE _ Michelle Wie rolled in several clutch putts on Thursday and had six birdies in a 10-hole stretch to take a one-stroke lead after the first round of the HSBC Women’s Champions.

The 27-year-old Wie, who has struggled with injuries and form since winning the U.S. Open in 2014, shot a 6-under 66 at the new Tanjong course.

Brooke Henderson, of Smiths Falls, Ont., was in a five-way tie for second place. Henderson, Inbee Park, Mo Martin, Anna Nordqvist and Ariya Jutanugarn each shot a 5-under 67.

“We love Singapore,” Henderson said of her and her sister Brittany. “It’s our favourite place that we travel to. We love it. Just being in a hotel room and looking out over the city is cool. Maybe a night safari or something like that.”

Alena Sharp of Hamilton opened with a 3-over 75.

Wie, who had eight birdies and a pair of bogeys on Thursday, has managed just one top-10 finish since 2014 and only got into the $1.5 million LPGA tournament on a sponsor’s invitation after her ranking slumped to No. 179.

But she was in vintage touch Thursday despite playing in tricky winds and light rain.

After making a bogey-5 at the third, Wie’s putter suddenly got hot as she made three birdies in a row to go out in 34.

She made another three birdies at the start of the back nine, draining a 12-foot putt on the 11th and then sinking another long putt from below the hole on the 501-yard, par-5 13th to take the early lead at a tournament featuring nine of the world’s top 10 players.

Wie slipped a shot behind Nordqvist when she bogeyed the 15th after an errant tee shot and the Swede picked up her sixth birdie, but Wie regained the lead with back-to-back birdies at 16 and 17.

“It feels good to play without much pain, to go out there and just play some golf and focus on my game rather than trying to finish out rounds,” Wie said. “It’s always exciting to be on the top of the leaderboard.”