Henderson opens with a 70 at HSBC Women’s Champions 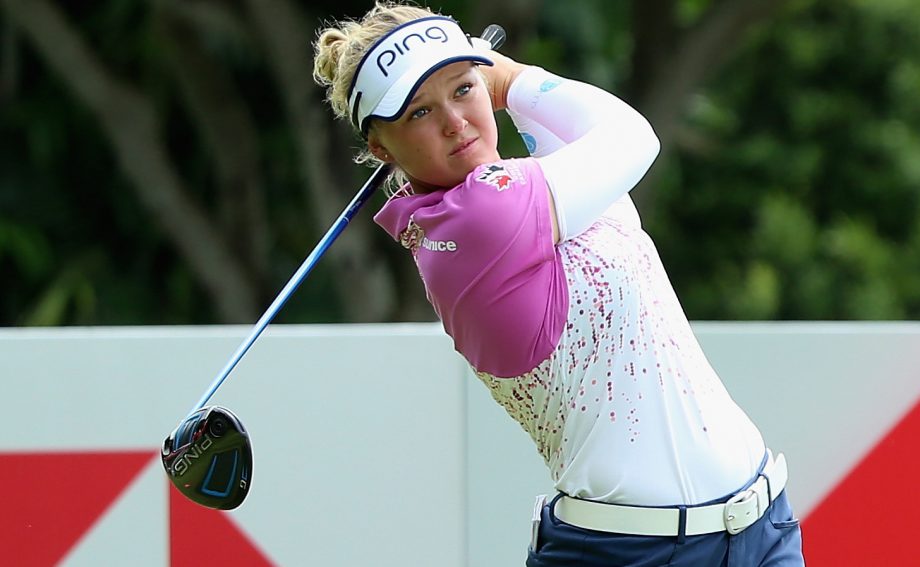 SINGAPORE – Australian teenager Minjee Lee took a share of the lead with Taiwan’s Candie Kung at the LPGA’s Women’s Champions tournament in Singapore on Thursday.

Lee made four birdies and an eagle in her opening round of 5-under 67 to join Kung at the top of the leaderboard on a windy day at the Sentosa Golf Club.

The defending champion, South Korea’s Inbee Park, was among a group of four players tied for third at 4-under 68.

Canada’s Brooke Henderson carded five birdies compared to three bogeys to open with a 2-under 70. She’s tied for 12th with a slew of players including Angela Stanford, Cristie Kerr and Sandra Gal.

World No. 1 Lydia Ko and in-form Lexi Thompson both shot rounds of 1-under 71.

Ko had a frustrating day, parring her first 10 holes before dropping a shot on the 11th but the New Zealander knocked in two late birdies to finish in red figures.

“I didn’t have that many birdie opportunities today, so unless my long putts were going to be hot, I wasn’t going to shoot extremely low,” she said.

Thompson, who won in Thailand last week, made four birdies but lost her momentum when she took a double-bogey on the 11th.