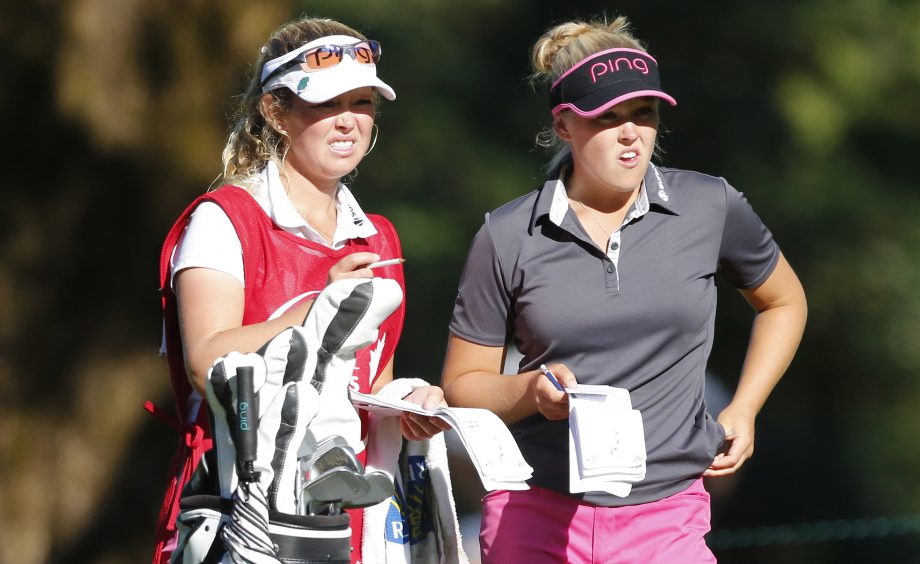 COQUITLAM, B.C. – Just when it looked like her game was going off the rails, Brooke Henderson recovered to shoot an even par round of 72 Saturday at the Canadian Pacific Women’s Open.

The 17-year-old from Smiths Falls, Ont., who became the centre of attention after her LPGA Tour win last weekend, remains at 1 over heading into Sunday’s final day of the US$2.25-million tournament.

Henderson had a bogey on the second hole, then hit the water on No. 3 for a double-bogey. She settled down with birdies on No. 6 and No. 7. Despite some putting problems. she put together a sting of pars before ending the day with a birdie.

“It was a really rough start,” Henderson sighed after the round. “I am happy to finish with the birdie on 18.

“You feel good about the round even though maybe I shouldn’t be.”

After shooting a respectable 2 under on Thursday’s opening day, Henderson ballooned to a 3-over-75 Friday on the 6,681-yard, par-72 Vancouver Golf Club course. That left her at 1 over and just on the line that made the cut.

Having her older sister Brittany caddie Saturday helped iron out some of the wrinkles in her round.

Henderson and her playing partner Sadena Parks, of Raleigh, N.C., were the first pair to tee off at 8:30 a.m. They still attracted a large gallery, most hoping to see the young, rising star in Canadian golf.

“It was a very early tee time, much earlier than I would have liked,” joked Henderson. “They (the crowd) were there pretty much from the get go, an amazing crowd.

“It makes it exciting being able to play in front of your home crowd. Even though you are not playing your best, you still have the whole country behind you.”

Henderson has been in the spotlight all week. She was granted her Tour card on Tuesday after becoming the youngest Canadian to win an LPGA or PGA event with her victory last weekend at the Cambia Portland Classic.

That produced extra attention from the media and more focus from fans. She attracted large crowds while playing and swarms of autograph seekers when stepping off the course.

The win in Portland moved Henderson to No. 17 in the world rankings and boosted her earnings over US$660,000.

Despite struggling at times Henderson said the week has been a learning experience and she’s looking forward to Sunday’s final round.

“There has been a lot of positives this week, which is always good,” she said. “I know I can take a lot from it and learn from it.

“I will just go out there and shoot a decent number and hopefully climb up the leaderboard a bit.”