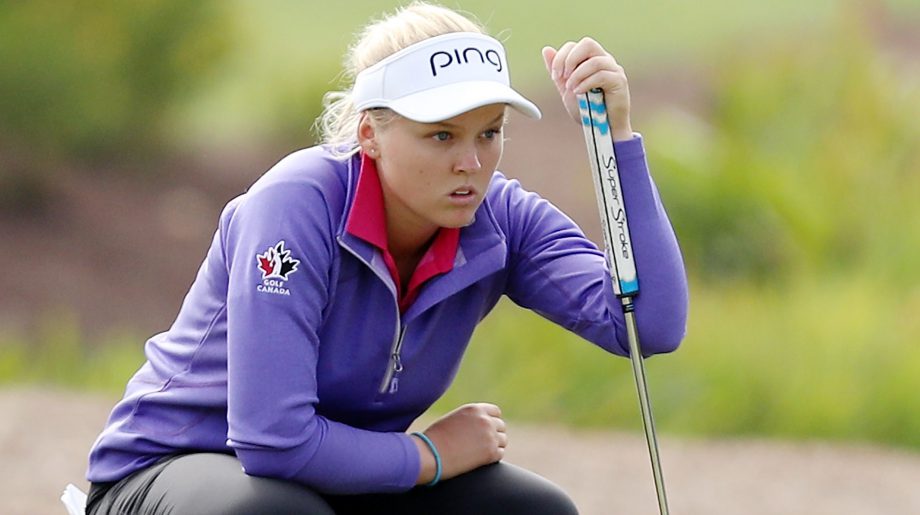 Taiwan was Brooke Henderson’s favourite destination on the LPGA Tour this year. Playing in the Olympics, winning US$1.7 million in prize money and capturing her first major were pretty cool, too.

The 19-year-old from Smiths Falls, Ont., packed more into one season than some golfers experience over an entire career.

Back home this month for a well-deserved holiday break, Henderson told The Canadian Press she feels more mature as she reaches the end of her remarkable year.

“This year gave me a lot of experiences that added a lot of value to who am I am as a person, and what I am on the LPGA Tour,” she said in a recent interview. “I’m happy to come home, and I remember where it all began with my family and friends. But at the end of the day I’m just building a better me.”

Henderson was the LPGA’s Ironwoman in 2016, playing a tour-high 31 events, peaking at No. 2 on the world rankings before finishing eighth. Add to that the Rio Olympics and sponsor commitments and the young Canadian didn’t have much time for herself on her first full season on the women’s pro circuit. But she believes the gruelling schedule has prepared her for the future.

“Where the tournaments were, what the courses were like, what the fans were like, the atmosphere, the communities around the tournaments, and the travelling – like how to get from one city to another and if it was easy or not – were all really important things to learn,” she said. “Now that I’ve done it, I feel almost like a veteran, where next year is going to be a lot easier.”

Henderson won two titles in 2016, including the KPMG Women’s PGA Championship, her first career major. She added 15 top-10 finishes and was just two shots out of the bronze medal position at the Olympics.

While many marvel at the teen’s poise and maturity, Henderson’s inexperience did come to the forefront on occasion. In Rio, she left the golf course in tears after shooting 4-over on the final six holes of the third round, a collapse that included a four-putt on the 16th hole.

“Golf is a very tough game and like anything in life there is going to be disappointments where you wish you had played a little bit better or made smarter decisions, but that’s just where you have to learn from it and move in,” said Henderson. “When something really exciting happens – like having my major win or my other win this year – you really have to embrace them and celebrate because they’re hard to come by.”

Henderson will remain involved with Golf Canada’s program next year, although she said she would work with Canadian head coach Tristan Mullally a “little bit” as her father Dave is her “number one guy.”

“I definitely would like to get stronger and hit the ball a little further and work on my consistency overall,” she said of her off-season plans. “I think that’s the big one. And short game. That’s always been something I’ve worked on especially the last few years.”

She will also continue to have her older sister Brittany, a professional golfer in her own right, as her caddy.

“We really make a great team and we know each other really well, which helps us on and off the course,” she said. “There’s always little things that every caddy/player have to figure out, but for the most part I really feel we work great together. I’m really looking forward to next year and hopefully the years after that too.”

The LPGA Tour features two events in Canada in 2017 with the Manulife LPGA Classic in Cambridge, Ont., set for June 5-11 and the Canadian Pacific Women’s Open scheduled for Aug. 21-27 in Ottawa.

The CP Women’s Open is already circled on Henderson’s calendar as the Ottawa Hunt and Golf Club is playing host. The course gave Henderson an honorary membership this year.

“I’m already looking forward to that week of the season and hopefully I peak that week,” said Henderson. “Being a member of the Ottawa Hunt Club and having it so close to where I grew up, celebrating Canada’s 150th anniversary in the capital, it’s going to be really amazing.”

After getting so close to the top in her first full LPGA season, Henderson admitted she’s more motivated than ever to get to No. 1.

“I know there’s a lot of hard work ahead of me,” she said. “I’ll set smaller goals on my way to that, but I think that’s ultimately the end goal for any person playing on the LPGA Tour.”