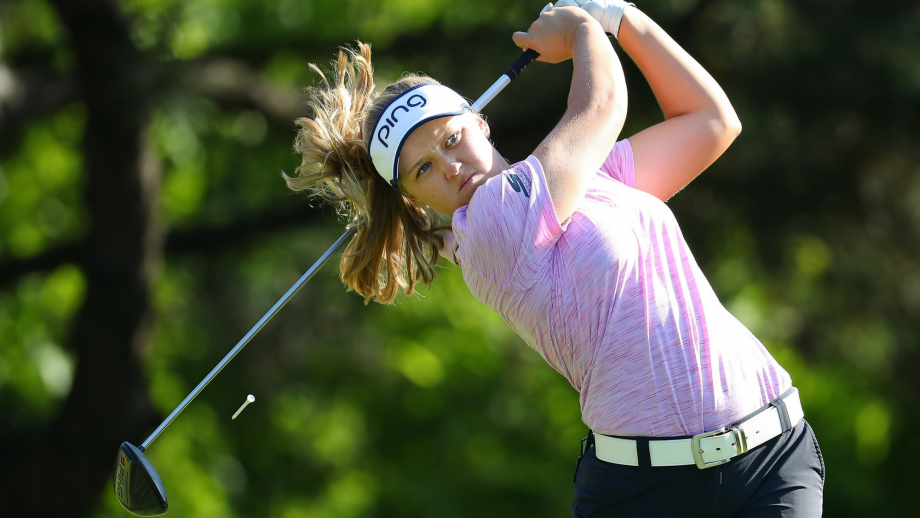 KILDEER, Ill.– Canada’s Brooke Henderson shares the lead at the end of the second round at the LPGA Championship.

The 20-year-old from Smiths Falls, Ont., carded a 1-under 71 in the second round to move to 6 under for the tournament, tied with Koreans So Yeon Ryu and Sung Hyun Park toward the end of the morning wave.

Henderson was one off the pace after the first round of the LPGA Tour’s third major of the year, but vaulted into a tie for top spot with a birdie on No. 18 on Friday.

A six-time winner on the LPGA Tour, Henderson has finished in the top five at this event the past three years, including a victory in 2016.

Henderson was a bit uneven with four birdies and four bogeys over her first 17 holes but buried a 12-foot uphill birdie putt on 18 to sneak into a three-way tie for the lead. Henderson will go for her seventh career win this weekend.

“It was kind of up and down all day so to finish off with a really nice birdie putt on 18 gives me a lot of confidence into tomorrow,” said Henderson. “I love it (the new putter). I feel like you can see the line really well on the course.”

#OhCanada! No better way to kick off the long weekend celebrating #Canada than by having @BrookeHenderson fight hard to tie for first after two rounds of the @KPMGWomensPGA ??☝? pic.twitter.com/7KkcUQXfRF

Maude-Aimee Leblanc of Sherbrooke, Que., was the second lowest Canadian at 1 over. Brittany Marchand of Orangeville, Ont., (76) and Hamilton’s Alena Sharp (78) are both at 3 over while Quebec City’s Anne-Catherine Tanguay (74) is at 6 over.