Henderson surges into tie for 3rd on moving day in Singapore 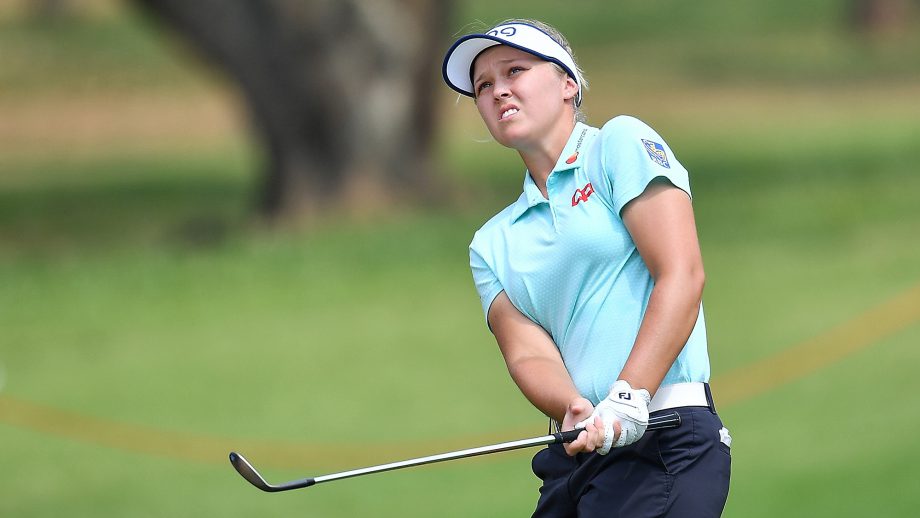 SINGAPORE – Canadian Brooke Henderson came out of the gate firing in Saturday’s third round and never looked back, carding a bogey-free 65 to surge into a tie for 3rd at the Women’s World Championship.

Henderson, a Smiths Falls, Ont., product, climbed 12 spots on the strength of seven birdies to play her way into Sunday’s final group at the Sentosa Golf Club.

“It was a great day out there, a lot of birdies. I had nine putts on the back nine, which is really awesome, especially for me, so I’m really happy about that,” said Henderson. “Just a great day and got up-and-down when I needed to and climbed the leaderboard as much as I did today, I’m very happy on moving day.”

The 20-year-old trails the 54-hole leader Nelly Korda by four strokes heading into the finale.

“Yeah, I mean, hopefully I’m within striking distance going into tomorrow, and just keep doing what I’ve been doing all week, try it make as many birdies as possible and get off to a fast start,” added Henderson. “There’s a lot of birdie opportunities, especially the first five holes. So just get off to a quick start and see what happens after that.”

.@BrookeHenderson cruises into contention after firing a round of 65 ?

Korda, whose sister Jessica won the LPGA Tour event in Thailand last week, leapfrogged 36-hole leader Danielle Kang on the heels of a 7-under 65. Kang sits one back in solo possession of 2nd place.

Korda will look to become the second sister pairing in history to both win on the LPGA Tour.

“It would definitely be really exciting, but I can’t think about it too much. I’m just going to relax and take it shot by shot.

Henderson, Korda and Kang will tee off on Sunday at 9:30 a.m. local time.

Canadian Alena Sharp of Hamilton, Ont., jumped to a red-hot start with a 6-under front nine, before slipping on the back with four bogeys, leaving her with a 70 on the day (-2). Sharp sits in a tie for 57th at 4 over par.