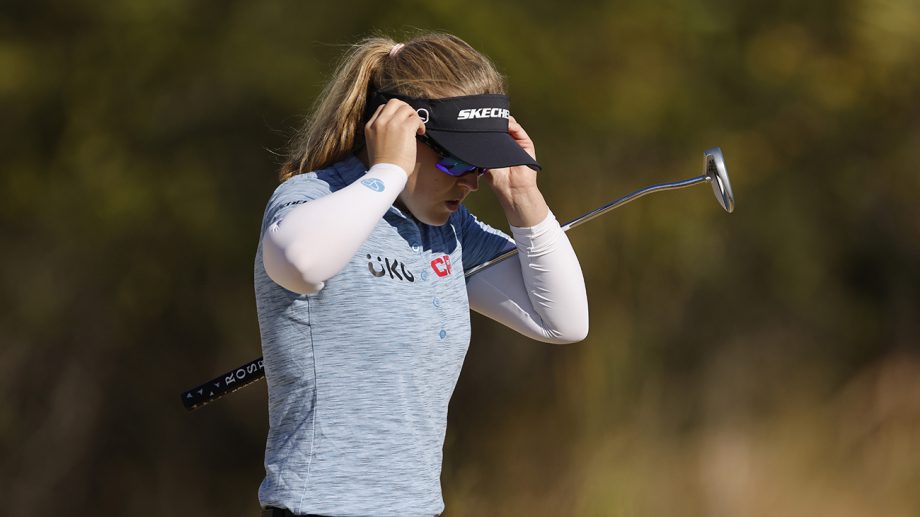 NAPLES, Fla. — Top-ranked Jin Young Ko took the lead into the weekend in the LPGA Tour’s CME Group Tour Championship, putting herself in position to win the season money title in only four events.

Ko shot a 5-under 67 on Friday in chilly and breezy conditions at Tiburon Golf Club to take a one-stroke lead over defending champion Sei Young Kim and 2018 winner Lexi Thompson in the season-ending event.

“Before when I play in KLPGA it was really cold, so I hate cold weather to play golf, but right now I love it,” said Ko, who spent most of the season in South Korea.

“If play good I can do world ranking No. 1 still,” Ko said. “But if not and then she plays good, she can do. Doesn’t matter really.”

Coming off a second-place tie last week in Houston in the U.S. Women’s Open, Ko birdied three of four par-5 holes in a bogey-free round to reach 9 under.

“I want bogey-free round next two days,” Ko said. “I’m looking forward to the weekend.”

Kim had a 69. She has two victories this season.

“Feel very solid in the morning because we got the strong wind,” Kim said. “My shot really solid. … I’m very looking forward this weekend. Really exciting to chase the world ranking No. 1.”

Thompson, the first-round leader after a 65, had two late birdies in a 71.

“It was different conditions today of course with the cooler weather in the morning,” Thompson said. “I would say overall it was a lot breezier throughout the day. … Wasn’t as good as yesterday of course, but overall happy and going to take the positives into the next two days.”

Brooke Henderson of Smiths Falls, Ont., bounced back from an opening-round of 73 with a 68. A late-game eagle brought her to 3 under, and she is currently tied for 16th. Hamilton’s Alena Sharp fired 73-76 and is 5 over heading into the weekend.

“I just wanted to play the best golf I can and not really think about my position and all that,” the New Zealander said. “I think that definitely helped, and I was able to do that pretty well.”

Race to CME Globe leader Park was tied for 20th at 2 under after her second 71. Second-place Danielle Kang, playing alongside Park and Kim, was tied for 47th at 2 over after a 75. Kim. Kang led the points race since back-to-back wins in Ohio until Park took over the lead last week.

Tiburon was the site of the PGA Tour’s QBE Shootout last week. In a normal year, the CME Group Tour Championship is held before Thanksgiving.