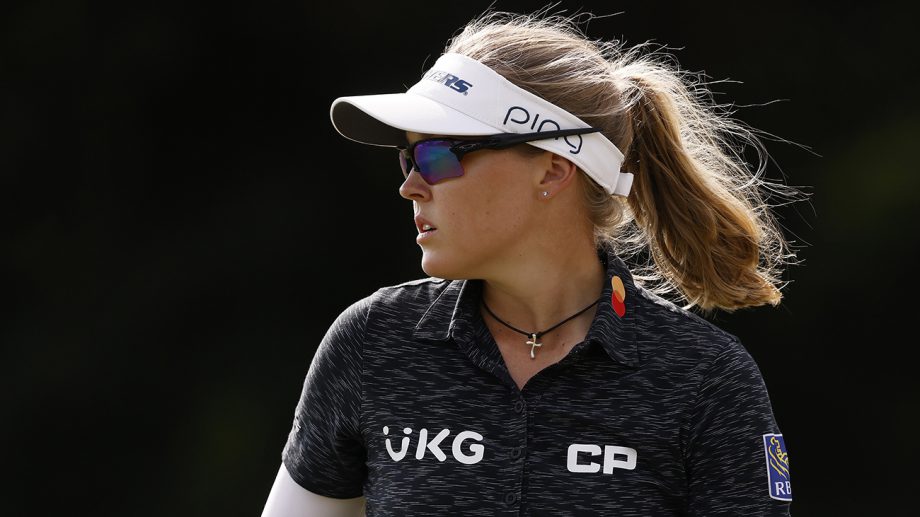 LAKE BUENA VISTA, Fla. — Danielle Kang managed to steal some of the spotlight from the Korda sisters on Thursday as the LPGA Tour opened its 71st season with a winners-only field at the Diamond Resorts Tournament of Champions.

Kang opened the year with a bogey-free, 7-under 64 for a one-shot lead over Jessica Korda and Nelly Korda, along with defending champion Gaby Lopez, at Four Seasons Golf and Sports Club Orlando.

Kang is coming off a two-win season last year that was shortened by the COVID-19 pandemic, winning back-to-back in Ohio when the LPGA resumed after a five-month shutdown.

The highlight for Kang, who birdied three of the four par-3 holes — including a 30-foot chip-in at the ninth — came at the 530-yard 13th. Facing a downhill lie with 241 yards to the front edge for her second shot, and needing to hit a hard draw, Kang took a gamble with a 5-wood and pulled it off, setting up a two-putt birdie from 20 feet.

She joked later that her caddie, Oliver Brett, did not think she could hit the shot.

Kang, No. 5 in the women’s world ranking, had to quarantine twice in recent weeks after being exposed to COVID-19 and did not arrive into Orlando until late Monday night. She tested negative six times before getting the go-ahead to play.

Playing alongside country music singers Lee Brice and Cole Swindell, she was back to being her high-energy self, her closest brush to making bogey solved with a 7-footer for par at the fourth hole.

“I think my short game was really good today,” Kang said. “I had a lot of feel and touch around the greens.”

Brooke Henderson of Smiths Falls, Ont., was part of a group at tied for seventh at 4-under 67. In an interview prior to the first round, Henderson expressed excitement to be playing at in the first LPGA event of the year. “It’s a great golf course, and as I mentioned, just getting to know some of the celebrities and playing with them, they’re really great golfers” she said.

A good portion of the day belonged to the Korda sisters. Jessica played her first nine holes in 7 under and was atop the leaderboard for a majority of a calm and sunny day. Nelly, the top-ranked player in the field at No. 4 in the world, caught her with a late run, dropping a long putt for eagle at 17 after reaching the green with a 3-wood.

When Jessica reached her final hole, she glanced over to a digital leaderboard to see her little sister had her by a shot. So much for that. She ran in an 18-footer for birdie to temporarily join Nelly in the lead. The world of women’s golf has waited for these sisters, two of the top young American stars, to battle head-to-head with a tournament on the line.

“We don’t really think about it too much,” said Nelly Korda, who atoned for three early bogeys by playing her last seven holes in 5 under. “We both root on each other, but at the end of the day we want to beat each other, as well. It’s healthy, but a good competitiveness.”

The season-opening Diamond Resorts TOC features 25 LPGA champions paired with 53 athletes and celebrities. The $1.2 million LPGA portion (the celebrities compete for a separate $500,000 purse) traditionally is open to LPGA winners of the last two seasons. But the LPGA’s condensed 2020 schedule prompted the tournament to add winners from 2018.

Tennis player Mardy Fish, a past champion of the celebrity division, took the opening round lead in a modified Stableford format with 41 points, two better than New York Yankees outfielder Aaron Hicks.