Henderson tied for 9th after moving day in Thailand 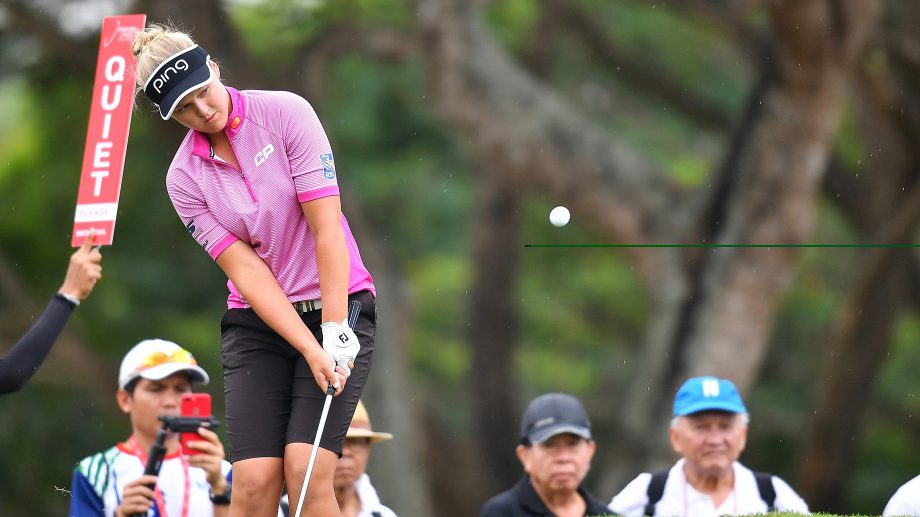 CHONBURI, Thailand – Jessica Korda kept an eye on her younger sister while firing a 4-under 68 in the third round of the LPGA Thailand on Saturday to lead Moriya Jutanugarn by four strokes.

A day after a course-record 62 at Siam Country Club, Korda fought back from a bogey on the front nine with five birdies to finish on 20-under 196 overall. The American was on the 18th hole when concerns over lightning suspended play for 30 minutes before play resumed.

“(I) was playing really well at the end of the season, but I haven’t been in this (leading) position. Being back, it just takes you a little bit of time,” said the 24-year-old Korda, who won her fifth and last title at the LPGA Malaysia in 2015.

Her 19-year-old sister Nelly Korda (65) is eight shots off the lead.

“I’m definitely a leaderboard watcher. I love seeing her name up there,” said Jessica Korda, who was playing her first tournament since jaw surgery.

Propelled by eight birdies and an eagle on the par-4 No. 14, with three bogeys, Jutanugarn signed off with a 65 and a total of 16-under 200.

“Everybody has the chance to win as all the top players are here this week,” said Jutanugarn, who has a chance to become the first Thai winner in her home tournament.

Brittany Lincicome was in second place after the second round, four shots behind Jessica Korda, but the American dropped down the board and is tied for ninth after a 73.