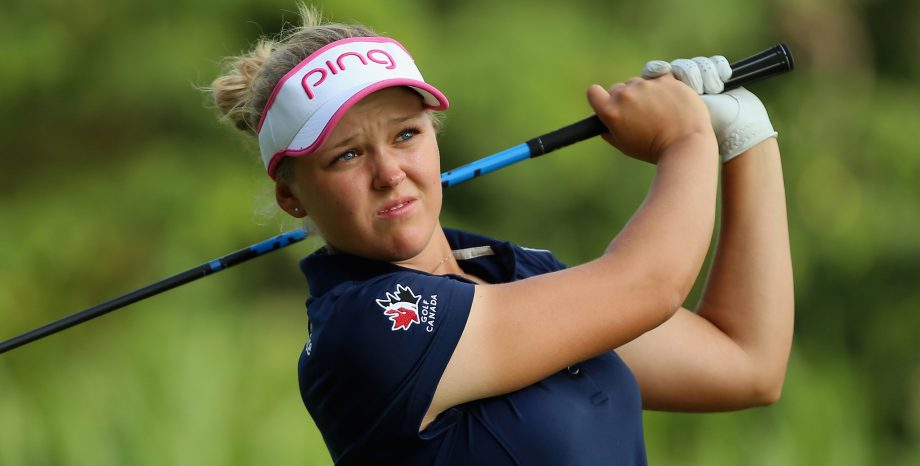 In January, she made a hole-in-one on a par-4 and last month she won her first U.S. LPGA Tour title, at the Coates Golf Championship in Florida.

Jang was at it again on Friday, holing a monster eagle putt from off the green on her way to a 6-under 66 to grab a share of the halfway lead with compatriot Mirim Lee at the HSBC Women’s Champions.

“I was very comfortable on the front nine,” Jang said. “I was talking to myself, ‘Don’t do too much thinking … just be patient.'”

Lee got up and down from a greenside bunker to birdie the last and shoot a 67 to join Jang in a two-way tie at the top of a congested leaderboard after a wet and windy second round at Sentosa Golf Club.

Thailand’s Pornaning Phatlum carded a 67 and Norway’s Suzann Petterson signed for a 69 to be equal third, a stroke behind the leading pair, with a group of four players lurking just one shot further behind and a total of 34 players under par.

Canada’s Brooke Henderson carded a sub-par round of 71 to put her two-day tally at 3-under-par 141. She’s 5-shots off the lead heading to the weekend.