Henley shoots 69 to lead by 3 after third round at Wyndham; Sloan T3 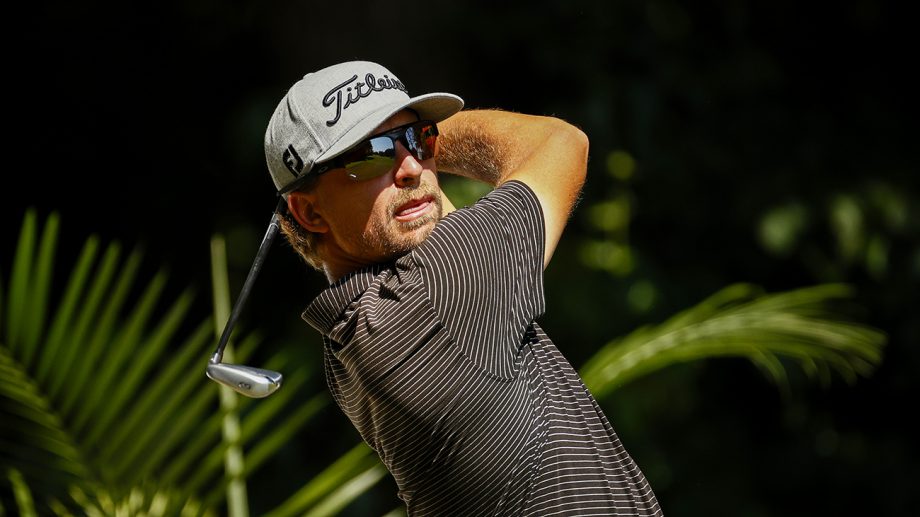 GREENSBORO, NORTH CAROLINA - AUGUST 14: Roger Sloan of Canada plays his shot from the second tee during the third round of the Wyndham Championship at Sedgefield Country Club on August 14, 2021 in Greensboro, North Carolina. (Photo by Jared C. Tilton/Getty Images)
Associated Press

GREENSBORO, N.C. (AP) – Russell Henley was grateful to get through the round with the lead at the Wyndham Championship. He hopes to hold on for 18 more holes for his first PGA Tour victory in four years.

Henley shot a 1-under 69 on Saturday to take a three-stroke lead.

Henley, who tied the lowest 36-hole score on tour this year, couldn’t keep up that pace at Sedgefield Country Club. Yet, he rolled in a 33-foot putt for eagle on the par-5 15th and went on to finish at 15-under 195 as he tries to win his fourth career title and first since the 2017 Shell Houston Open.

Tyler McCumber, the son of 10-time tour winner Mark McCumber, shot a 66 and was at 12 under in second. He’s winless on the tour.

The group of six four shots behind at 11 under included three playoff outsiders in Rory Sabbatini, Scott Piercy and Roger Sloan now on track to tee it up in the 125-man field for the postseason that starts next week at The Northern Trust.

Sabbatini, the Olympic silver medalist last month, has used his momentum from Tokyo to make a charge in the playoff standings. His 69 included a birdie on the 17th hole that moved him from outside the postseason – he began the week at No. 141 – to a projected place of No. 122.

Piercy, too, continued his charge into the tour playoffs with a 68. He was first man out of the playoffs at No. 126 when the week began. But his third straight round in in the 60s projected him to 93rd.

Sloan also needed a big week to continue his season and he’s gotten it so far with a second straight 64 to move from 131st in the playoff standings to No. 102.

Adam Hadwin of Abbotsford, B.C., is tied for 15th at 9 under, while Nick Taylor of Abbotsford and Mackenzie Hughes of Dundas, Ont., are both tied for 28th at 7 under.

Former FedEx Cup champion Justin Rose, who started the week 138th in the standings, shot 69 after a bogey on the final hole. He’s 126th in the projections.

There are no guarantees that current results mean anything come the next round – or next hole. Just ask Tyler Duncan, who made five birdies on his front nine to move up 61 spots in the playoff standings to 101st.

It won’t be a normal final round either as the PGA Tour will start earlier with the first golfers going off at 7 a.m. to beat expected bad weather later in the day. Golfers will also go off in threesomes and from the first and 10th tees.

Henley, who entered at No. 46, was locked into the playoffs long before this event began. He’s focused on finishing out the victory, something he could not two months ago when he was in a three-way tie for the top after three rounds of the U.S. Open.

Henley shot a final-round 76 at Torrey Pines to fall back.

He looked as if he’d regained his form with his eagle on No. 15. But Henley missed a 13-foot par putt on the 18th to drop a shot.

Henley hopes to get away from golf for a few hours tonight, knowing he’s got an earlier start than normal.

McCumber’s career best came this year with a second at the Puntacana event in the Dominican Republic last September. He had missed his past six cuts before getting hot this week.

“You’ve got to stay in the process and I feel like I’ve been doing that pretty well and getting rewarded for it through the first three rounds this week, so taking that momentum into tomorrow,” he said.