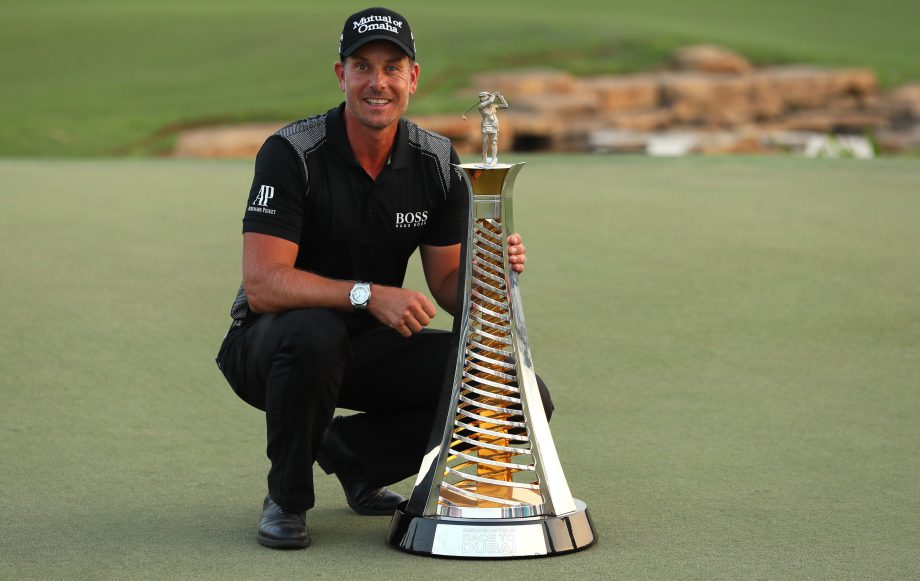 DUBAI, United Arab Emirates – Henrik Stenson won the Race to Dubai title for the second time in four years on Sunday, and Matthew Fitzpatrick claimed the biggest victory of his short career at the World Tour Championship.

Fourth-ranked Stenson shot 7-under 65 in the final round on the Earth Course at Jumeirah Golf Estates to stay ahead of his rivals in the year-long race. The Swede earned a bonus of $1.25 million as the European Tour’s top player.

“I’ve always thought it was going to be hard to top 2013, but I think I’ve done that this year,” said British Open champion Stenson. “Maybe not to the level of golf over six months, but certainly with the highlights of winning the Open, (silver at) the Olympics and taking the Race to Dubai again.”

Stenson’s closest rival in the Race to Dubai, Masters champion Danny Willett, remained second after finishing tied 50th in the tournament with a 70, some 11 shots adrift of Stenson.

Fitzpatrick, who earned his card exactly two years ago, shot 5-under 67 to finish on 17-under 271. The 22-year-old Englishman finished one stroke ahead of compatriot Tyrrell Hatton (68), who had a bogey on the final hole after his tee shot trickled into the stream that bisects the fairway.

“I love playing golf obviously, but it’s been a long year for me,” said Fitzpatrick, who is expected to move into the top 30 from his current 51st ranking. “This means the world … For me to win on the final week of the year is special.”

Fitzpatrick survived a scare on the 15th hole when he pulled his tee shot into thick trees, but the ball somehow kicked back into the rough and he made par from there.

The Race to Dubai did not need any major calculations when leader Stenson finished best among the four players in with a chance.

His score of 65 on Sunday tied McIlroy but left behind his two closest rivals, Willett and Sweden’s Alex Noren.

Noren could not reproduce the form that saw him win last week in South Africa which included a sensational 9-under 63. He finished with a double bogey on the 18th for a round of 71, which put him four behind Stenson.

Stenson started the day tied with McIlroy on 5-under, and the two were paired together. Between them, they had 15 birdies, three bogeys and one eagle – McIlroy on the par-5 No. 7.

For Stenson, “it’s been a great year, the best year of my career.”

Stenson’s first victory this season came as late as June, when he won the BMW International Open in Munich with a three-stroke victory. He then went toe-to-toe with Phil Mickelson at the Open, with Stenson shooting the lowest ever final round (63) by a winner.