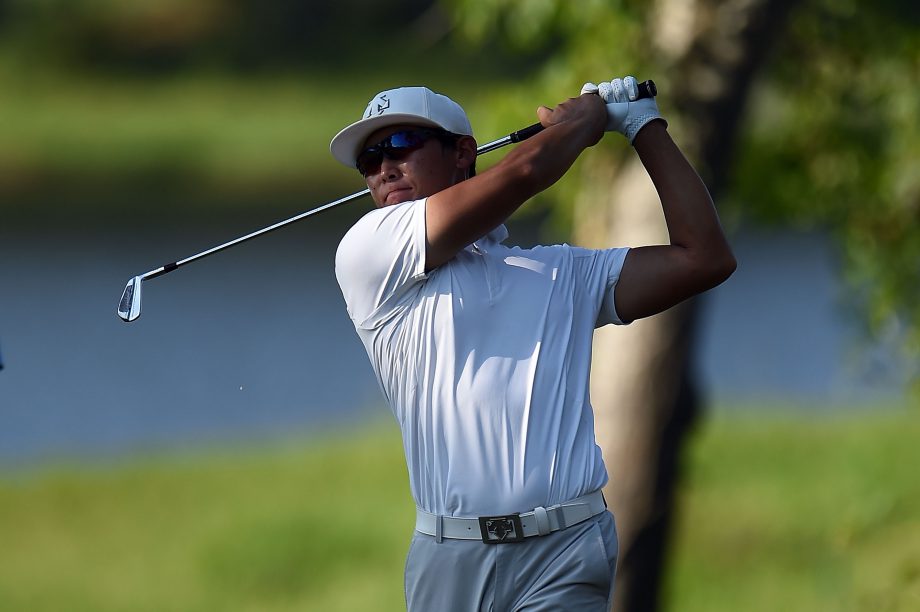 OPELIKA, Ala. — Australia’s Mark Hensby birdied three of the final four holes Friday for a 7-under 64 and a share of the second-round lead in the inaugural Barbasol Championship.

Hensby matched South Korea’s Whee Kim at 9-under 133 on Grand National’s Lake Course in the PGA Tour event for players who failed to qualify for the British Open.

“I played well. I gave myself a lot of chances,” Hensby said. “I hit a couple of wayward ones, but I haven’t played in a tournament in quite some time. You get a little nervy in the middle, but then kind of settled down and hit some good shots.”

The 43-year-old Hensby won the 2004 John Deere Classic for his lone PGA Tour title. He has fought rotator cuff problems in his right shoulder and has limited tour status.

“I had some injuries and the last two years I’ve been healthy, but I missed second stage of Q-school last year, so that gives you nothing,” Hensby said. “There’s just nowhere to play. I’ve played a couple mini-tours here and there, but this is my first tournament in quite some time. It’s good to be back.”

Kim shot a 66. He’s playing his 19th event in his rookie season on the PGA Tour.

Argentina’s Emiliano Grillo, the highest-ranked player in the field at No. 98, shot a 66 to join first-round leader Sam Saunders and Charlie Beljan at 8 under.

Saunders, Arnold Palmer’s grandson, followed his opening 64 with a 70.

“I really didn’t play a whole lot different today than I did yesterday,” Saunders said. “The angles were a little off today. Hit it over a couple greens that I thought were good shots, and then I hit a couple of good shots that ended up in some funky places. That’s golf.”

“I was 3 over yesterday after my first nine and kind of just kept on doing the same thing and a couple putts went in and we built some momentum and here we are at 8 under,” Beljan said.

“It’s not an easy course. You’ve got to drive it well because you have to be able to control your shots into the greens with the quadrants the way they are.”

David Toms topped the group at 7 under after a 66.