Hideki Matsuyama piles up birdies and leads in Shanghai 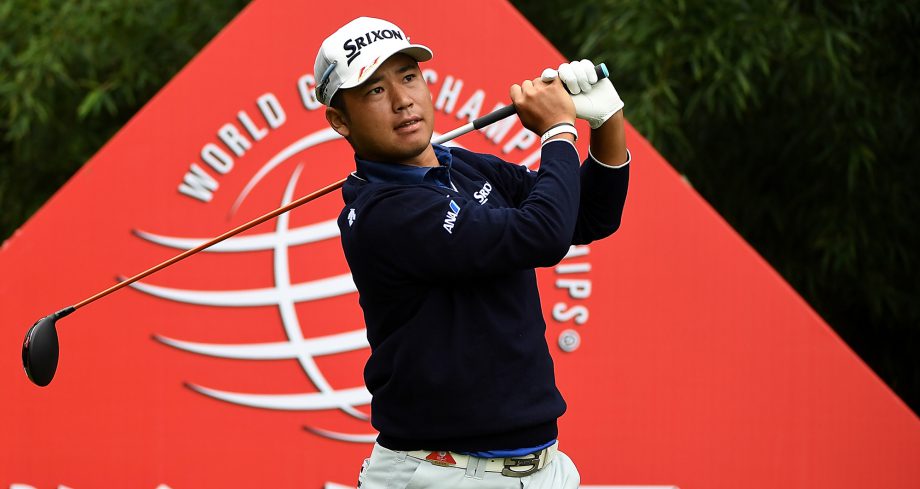 SHANGHAI – Hideki Matsuyama made nine birdies in suddenly chilly conditions for a 7-under 65 that gave him a three-shot lead going into the weekend at the HSBC Champions.

Neither the rain in the opening round nor the bone-chilling cold on Friday seem to matter to the Japanese star, who has made 19 birdies over 36 holes at Sheshan International that got the attention of the players chasing him.

Defending champion Russell Knox missed a couple of birdie chances late and still had a 68, while Bill Haas shot a 67. They were at 10-under 134.

Rory McIlroy, needing a victory to make it three straight years with a World Golf Championships title, did his best to get back in the game. He was slowed only by an errant tee shot on the 16th that led to his only bogey in a round of 66. McIlroy was six shots behind.

Rickie Fowler started with a pair of bogeys and never quite recovered. He shot a 73 and slipped seven shots back.

“This felt like a cold day at Pebble Beach,” said Daniel Berger, who had a 70 and was in the group five shots behind.

Not everyone handled the brittle conditions. Adam Scott had a pair of double bogeys on par 5s and shot an 80. Kevin Kisner, a runner-up at Sheshan International a year ago, took a 9 on the final hole for an 80. Wyndham Championship winner Si Woo Kim shot 81.

Matsuyama sure didn’t see a 66 when he was on the range and the wind began to strengthen, especially on a Sheshan International course where he tied for 41st and withdrew twice in his three appearances.

During the warm-up this morning, it was starting to get windy and I thought maybe just a couple under par would be a good score,” Matsuyama said. ”So I’m really happy with how it ended up today. It was windy and it was cold. The ball, it’s hard to control. It was tough out there today.”

His attitude helped. Given his past experiences, Matsuyama figured he would at least try to enjoy himself and 19 birdies in two days certainly helped.

One goal for Haas over the weekend was to try to make Matsuyama sweat a little, a tall task given how well he is putting and more cold weather in the forecast. Haas did his part to keep up by starting the back nine with back-to-back birdies and dropping only one shot.

Knox ran off three birdies in a four-hole stretch on the front nine, and then hung on when the weather was at its worst.

“It turned nasty with four or five holes to go,” Knox said. “I had a lot of shots from 200 yards, which fortunately is a strength of mine because I don’t hit it very far. It was a battle out there. I’m happy to be done.”

It remains a battle for U.S. Open champion Dustin Johnson, who braved the conditions in a short-sleeved shirt, and then a short-sleeved rain jacket. He went bogey-birdie-double bogey around the turn, tried to turn it around with an eagle on the par-5 14th, and then followed that by going bogey-birdie-bogey, the last one a three-putt. He had another 74 and was at 4-over 148, leaving him 17 shots behind.

He played with Patrick Reed, also in short sleeves, and toward the bottom of the pack.

McIlroy thought a round of 66 would get him back in the mix, and it at least got him going in the right direction. As well as he played, he was surprised to see Matsuyama do one shot better in the cold wind.

Still, he was where he wanted to be going into the weekend. McIlroy made up more ground in fewer holes, so he wasn’t worried with two rounds remaining. The only concern was whether Matsuyama could keep this up.

Matsuyama won the Phoenix Open in early February, and then finally got back on track by winning the Japan Open two weeks ago and finishing runner-up to Justin Thomas last week at the CIMB Classic in Malaysia.

“He’s playing very well and he’ll be tough to catch,” McIlroy said. “But I feel like from what I saw out there today, if I can keep that sort of golf going over the next two days, I should have a chance.”