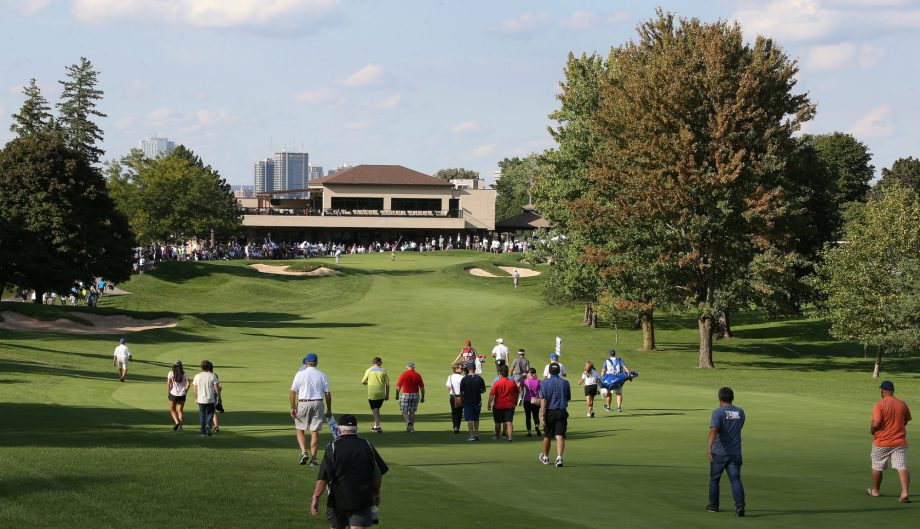 London, Ont – Highland Country Club has officially been named the host organization of the 2017 Freedom 55 Financial Championship, the final event of the Mackenzie Tour season.

Highland, the venue for the event since 2015, will assume control of the tournament’s daily operations, marketing and sales efforts as part of a multi-year agreement starting in 2017. Golf Canada, which has operated the event since its inception in 2013, will continue to provide operational, logistical and promotional support during the tournament.

“Highland Country Club is looking forward to a great event, and we’re thrilled about our new
role,” said Justin Wismer, Tournament Director. “We have a great team and the first two years of hosting the Freedom 55 Financial Championship have provided a great deal of experience that we can build upon to produce a wonderful event this coming fall.”

“Highland has provided a top-notch course for the players and excellent service to spectators over the past two years” says Mike Cunneen, who leads Great-West Life, London Life and Canada Life Wholesaling and Product Solutions.

“Their knowledge of the local golf landscape and passion to grow this tournament into a marquee London sporting event makes their increased involvement with the tournament a great fit.”

Wismer will assume the role of Tournament Director, with Mike Silver, who recently retired after 39 years as Highland’s Head Professional, providing support with the tournament’s operations.

“Highland has shown itself to be a tremendous host venue for our season-ending event over the past two years, and we’re thrilled to be expanding our relationship with them as the event’s host organization,” said Mackenzie Tour President Jeff Monday.

“We’re confident that Justin, Mike and the entire team at Highland will be able to take this event to even greater heights starting this year, and I’d like to thank the Highland membership for their support of this fantastic event.

A classic 6,600-yard par-70 Stanley Thompson design located in the heart of London, Highland Country Club has been one of the city’s finest member-owned private clubs since 1922. Last year, France’s Paul Barjon set the new Mackenzie Tour 72-hole scoring record on the way to his first professional victory, earning him an exemption into the Final Stage of Web.com Tour QSchool.