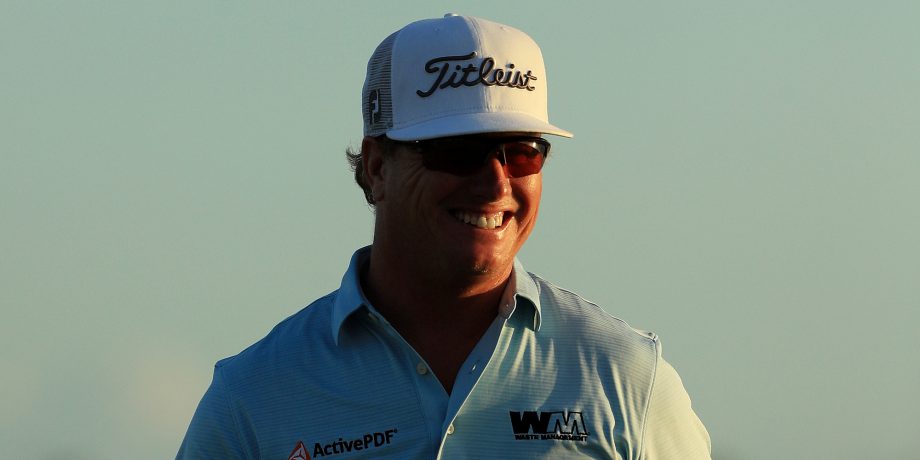 NASSAU, Bahamas – Tiger Woods fell behind early and never recovered. Charley Hoffman pulled away late and made himself hard to beat.

Hoffman handled the blustery conditions Saturday in the Hero World Challenge for a 2-under 70, one of only five rounds under par, and built a five-shot lead going into the final round at Albany Golf Club.

Woods went 11 consecutive holes without hitting a green in regulation. He went 14 holes until making his first birdie. He had to settle for a 75, leaving him 10 shots out of the lead and finding consolation in the way he feels and the way he fought to keep it from getting worse.

The strong wind took the air out of any hopes that Woods, playing for the first time in 10 months following a fourth back surgery, might even get into contention in his celebrated return. He opened with rounds of 69-68. Those two rounds were enough for his odds of winning the Masters to plunge to 15-1, the same as Rickie Fowler and Jon Rahm. And then a warm afternoon brought a cold dash of reality.

Woods opened with four bogeys in seven holes. He played four par 5s without having a birdie putt on any of them. And when he finally made a birdie, Woods removed his cap to acknowledge the crowd and held up a finger to indicate his first birdie.

“It’s ridiculous it took me 14 holes to make a birdie,” Woods said. “At that time, I’d already played four par 5s and nothing happened. Just one of those days. Anything I did right ended up in a bad spot, and then everything I did wrong, it was really bad.”

It was tough on everyone.

Hoffman had a few nervous moments but paid for it only once. He send his tee shot far right into the bushes on a sand dune right of the 10th fairway. He took a penalty drop onto a sandy path and wound up with a double bogey that brought a half-dozen players back into the mix.

Hoffman closed with three birdies over his last five holes, including the 18th hole for the second straight day. That put him at 14-under 202.

Justin Rose, an Albany resident, had a 71 and joined British Open champion Jordan Spieth (72) at 9-under 207.

“I got lucky on some tee balls that didn’t find the bushes and stayed in the sandy areas and I was able to sort of scrap it around,” Hoffman said. “I’m going to have to handle my nerves a little better than I did today”

Woods was under pressure early. In his previous two rounds, he was under par early in the round. This one started with a tee shot into the waste area, an approach the wind knocked down short of the green and a chip that was too strong, running 10 feet by and leading to a bogey.

Even his good shots didn’t work out for him. Woods blistered a 3-wood from 278 yards into the wind and saw it run through the green into a tough lie. His chip didn’t reach the green. His next chip ran 6 feet by the hole and he missed the par putt.

He bogeyed the next par 5 when he didn’t play for a flyer out of the rough, went well long and was left in such a tough spot that he played away from the flag and his pitch went through the green to the fringe.

He already was 5 over for his round through 10 holes, and he did well not to drop any more shots until he made a pair of birdies late.

Woods began his round by giving a hug to his 10-year-old daughter and 8-year-old son, who flew over from Florida. Even after a 75, he still managed to look at the big picture. He was hitting the ball well, his back felt strong and he at least feels as though he can contend.

“I think overall, I’m very happy with what’s going on this week,” Woods said. “There were a lot of questions that I had – I’m sure you guys have had – and I feel like I’ve come out on a good side.”

But he made it clear he had fewer questions about his performance than the public.

This is the second straight year the 54-hole leader has built a cushion. Hideki Matsuyama led by seven shots last year and held on to beat Henrik Stenson.

It would be a great way for Hoffman to cap off a peculiar year. He hasn’t won a tournament since the Texas Open in May 2016, but he was in the mix at the Masters and the U.S. Open and played on his first Presidents Cup team.

“To have a chance to win this great tournament, hopefully I can knock it off,” Hoffman said.