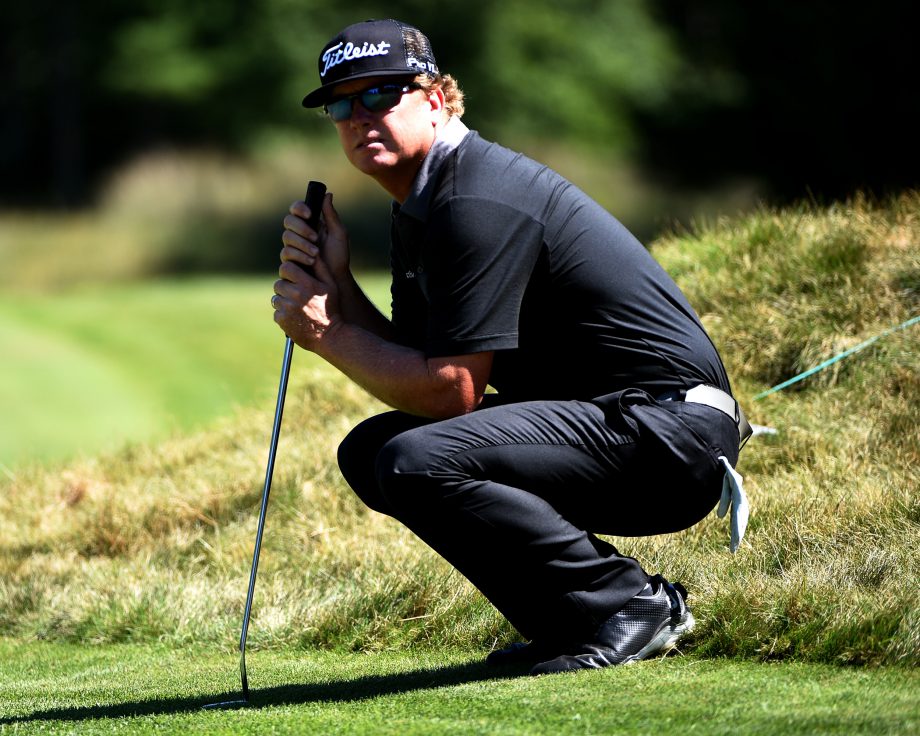 When he walked off the 18th green Saturday at the Deutsche Bank Championship after his only birdie of the second round, Spieth had a 3-over 74 and missed the cut in back-to-back events for the first time in his career.

He has gone 61 consecutive holes without being under par.

Coming off a year in which he won the Masters and U.S. Open and challenged in the final hour of the other two majors, this was a strange sensation.

“Whatever is going on … normally my mental game is a strength of mine. And it’s something I feel like I have an advantage over other players on,” Spieth said. “These past two weeks it was a weakness for me.”

Charley Hoffman, who five years ago closed with a 62 to win on the TPC Boston, made birdie on half of his holes for a 63 that gave him a three-shot lead over Brendon de Jonge after 36 holes. Rickie Fowler (67) and British Open champion Zach Johnson (65) were another shot behind.

Rory McIlroy, who returned to No. 1 last week without playing, needed a par on the final hole to make the cut on the number. He got up-and-down from a bunker and made birdie for a 74 and made it with one shot to spare.

PGA champion Jason Day kept alive his hopes to be No. 1 for the first time with another 68 that left him in a tie for 10th, six shots behind.

It was the fourth straight round over par for Spieth, his longest such streak since he went five consecutive rounds at the British Open and PGA Championship two years ago.

“Who knows what’s going through his head? It’s difficult to say what he’s feeling, what he’s going through emotionally,” said Day, who has played with Spieth the opening two rounds both weeks. “Because it is a lot of pressure for a 22-year-old. It’s very, very hard to reach that No. 1 position and hold it there.”

Even more strange that Spieth leaving early in consecutive weeks is this possible scenario in the world ranking: Spieth still could return to No. 1 after the tournament if Day doesn’t win and McIlroy finishes out of the top 10.

Whatever is going through Spieth’s mind, it didn’t help that he showed up at the TPC Boston already 16 shots out of the lead.

Hoffman made a tap-in birdie on the par-3 11th round early in his second round, poured in four putts from the 12-foot range and three more from inside 5 feet. He traded a bogey with a birdie at the end to reach 12-under 130.

The biggest difference from his previous low round at the TPC Boston was that he left with the trophy. This time, he still has two more rounds before the Labor Day finish.

“It was a little different five years ago,” Hoffman said. “I came from a decent back, so I didn’t have to deal with the lead. Anytime you are in the lead you put a lot of pressure on yourself. And obviously I’ve got to deal with that tonight. … Just try to keep doing what I’m doing, making a lot of putts and hitting a decent amount of fairways for me, which is a nice combo.”

McIlroy is playing for only the second time since the U.S. Open because of an ankle injury, and much like the PGA Championship, his main problem was scoring. He had a pair of three-putt bogeys on the back nine as he started losing shots at an alarming rate until a key drive on the par-5 closing hole set up a birdie.

“I think it shows that I haven’t really played much competitive golf,” McIlroy said. “When I’ve given myself opportunities to get it close, then I’m not making putts. And I think I’ve had three or four three-putts in two days and just haven’t really made anything. So it’s been a bit of a struggle, more mentally, because I’ve just been trying to get something going. And there’s nothing happening.”

Spieth at least assured of being among the top five in the FedEx Cup going into the Tour Championship for a clear shot at the $10 million prize. And he has one more event at Conway Farms outside Chicago in two weeks before that.

“I need to walk with some cockiness in my step these next two tournaments,” Spieth said. “I don’t think I have to fix much in my game other than really work hard on my putting into Conway and then mentally I can control that. I can control walking with the cockiness, whether things are going good or bad, and that’s what you have to have inside the ropes. And I’ll bring it when we get to Chicago.”

At least six players won’t get that far because they were assured of finishing outside the top 70 who advance to the next playoff event.

David Hearn of Brantford, Ont., finished at 3-over 74 after posting a first-round 73.