Holmes takes one-shot lead into final round at Bear Mountain 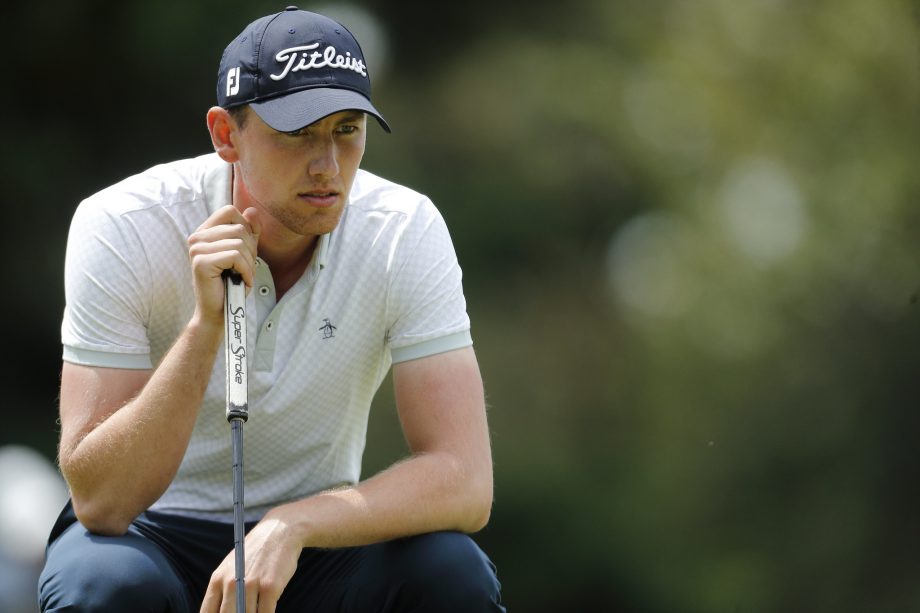 LANGFORD, B.C.—Evan Holmes was not as crisp as he was Monday when he opened the Canada Life Series at Bear Mountain: Mountain Course event with a sterling 63. On a day where he only managed three birdies and two bogeys, shooting a 1-under 70, it was still enough to get him to 9-under and good for a one-shot advantage over Lawren Rowe heading into the final round Wednesday. Zach Anderson is alone in third, three shots behind, while Golf Canada team member Laurent Desmarchais and Albert Pistorius are at 5-under and four back.

“It was a little tricky all day. I didn’t really get off to a good start. The wind was swirling so it was tough to commit to some clubs out there,” said Holmes, the former University of British Columbia standout. He opened his day with three pars and a bogey, at the par-3 fourth, not exactly breaking quickly out of the gate. Holmes got that stroke right back with a birdie at the fifth before parring out, making the turn at even-par.

“Conditions were a lot tougher today. The pins were a little bit harder, and there was a lot more wind, a lot more swirling. The back nine was tough.”

Even so, Holmes made a textbook birdie at No. 10, hitting his tee shot to the island green to about a foot. His final birdie of the day came at the 13th, with a bogey at No. 11 squeezed in. From there, he parred out.

Rowe began the day three shots behind Holmes but narrowed the gap with his 68, on the strength of five birdies.

“My round was pretty similar to [Monday] actually. I started off a bit slow and just got through the front nine at even. I hit the back nine and was able to make a few birdies from there. I made a few putts finally.”

Rowe’s most-memorable hole of the day was his birdie on the par-3 14th. Although he wasn’t going directly at the pin, his tee shot landed 15 feet from the hole. He rolled that putt in during what was the middle of a four-birdies-in-six-hole stretch.