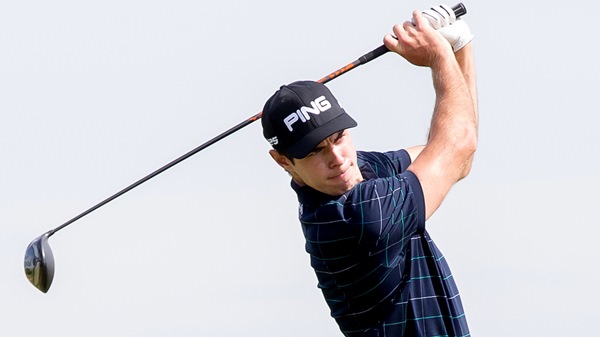 The pair stood three shots clear of Joshua Stone in third place through at 12-under par through two rounds, carding identical opening rounds of 67-65.

“It’s been great. I’ve played really well, putted well and had a lot of fun this week,” said Eason, who is without a bogey over his first two rounds in Thunder Bay. “The course suits me, I think. I’ve got a nice game plan for it and I’ve managed to play well.”

Homan, playing in the morning’s first group off the first tee, took advantage of the calm conditions with four consecutive birdies to begin his round, and said that he had been waiting to emerge with a pair of good rounds over the past few weeks.

“I’ve been hitting it where I’ve wanted for a couple of weeks and just waiting for some putts to drop, and finally it’s kind of shaking my way, so we’ll see what we can do,” Homan said, adding that the real fun was about to begin with rounds three and four on the horizon. “Thursday and Friday, you just want to get past them and play the weekend and that’s when the fun starts, so I’m excited.”

Eason, a 22-year old rookie on PGA Tour Canada, said his solid play over the first two rounds was thanks in part to an adjusted attitude and style of play. The University of Central Florida grad, who has made every cut this year and has one top-10 finish, admitted he has been putting pressure on himself to perform in his first season as a pro and took a more relaxed approach this week.

The native of Leicester, England said he realized after a handful of events that he would be better off playing his own game than worrying about other players shooting low scores around him, part of the maturation process in his first season as a pro.

“I’ve been trying to play a little smarter this week than I’ve been the last few rounds and it’s paying off,” said Eason, who was named an All-American in his final season at UCF this spring. “I’m just trying not to think about what score is going to win and just get the best score I can.”

“I’ve been trying to force it, looking at some of the scores. I mean, 24-under won [at the SIGA Dakota Dunes Open presented by SaskTel] a few weeks back,” said Eason. “You don’t get that without being aggressive, so I was trying to be aggressive, but this week I kind of took a step back and looked at fairways and greens and it’s been paying off.”

One shot behind Stone in a tie for fourth were Seattle, Washington’s Blake Snyder and Order of Merit No. 2 Tim Madigan of Rio Rancho, New Mexico.

Los Angeles’ Bryan Bergna recorded the second double eagle of the 2014 season on Friday, holing a 6-iron from 210 yards on the par-5 third hole at Whitewater Golf Club. The albatross was part of a 4-under 68 that moved Bergna up 49 spots into a tie for 22nd.

“It looked good the whole way. When it disappeared, it was amazing. It landed towards the front and released out. It was crazy,” Bergna said. “I thought it was funny because I’ve never had a hole-in-one and I get a double eagle before I’ve ever had one. I was 4-under through 3 holes, so it was a good start.”