Horacio Leon leading after first round of Mackenzie Tour Q-School 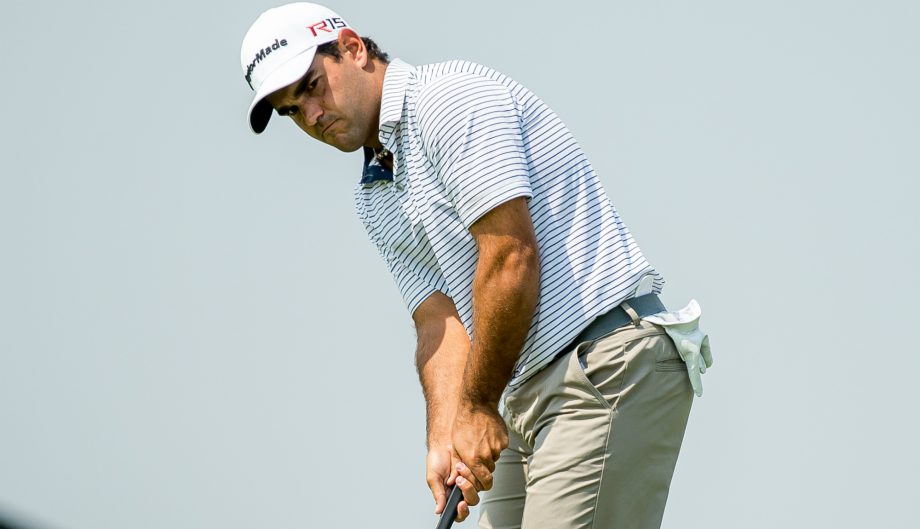 Santiago, Chile’s Horacio Leon shot a 6-under 66 on Tuesday at Crown Isle Resort and Golf Community in Comox, British Columbia to take the first round lead at the Mackenzie Tour – PGA TOUR Canada’s Canada Q-School.

The 27-year old, whose older brother is two-time Mackenzie Tour winner Hugo Leon, carded six birdies and was without a bogey on the day to lead by one over Eric Onesi,  Derek Barron, Chelso Barrett and Ryan Heisey after day one’s play.

“I kept it out of trouble and hit great shots all around. I was always in play and it was pretty stress-free,” said Leon, who held conditional status on the Mackenzie Tour last year and has played in 37 events on PGA TOUR Latinoamérica.

With cool, windy weather making the 7,025-yard Crown Isle layout play even longer than normal, Leon said he was pleased with how he kept the ball in play and out of the thick rough around the greens.

“I didn’t try to take on too much off the tee and just kept hitting solid shots all through the day,” said Leon.

Leon had arthroscopic surgery on his right ankle to remove scar tissue a little over three months ago and Tuesday was only his third time walking 18 holes since the operation. The Chilean says the ordeal has given him a new perspective on playing the game.

“It helped me out to realize I just have to keep it easy and ‘keep the car running.’ I don’t try to overpower the course,” said Leon. “I’m just happy to be able to finish the round.”

Onesi, who earned medalist honours here at Q-School in 2015, has been a full-time member of the Mackenzie Tour the past two seasons. Heading into Q-School, Onesi felt good, and his first round score showed how relaxed he is at Crown Isle.

“I just feel comfortable here. I decided to come back here, even though I easily could have played in Florida and been closer to home,” said Onesi. “I have good vibes here and like making the journey.”

Hometown boy Riley Wheeldon, who hails from Comox B.C and grew up playing Crown Isle, is a former Mackenzie Tour winner and a member of The Five in 2013, was part of a group of four players tied for sixth at 4-under 68.

Former Golf Canada National Amateur Team member Blair Hamilton opened with a 1-over 73 and was T41.

Below is a breakdown of what exemptions are on the line this week at Crown Isle.