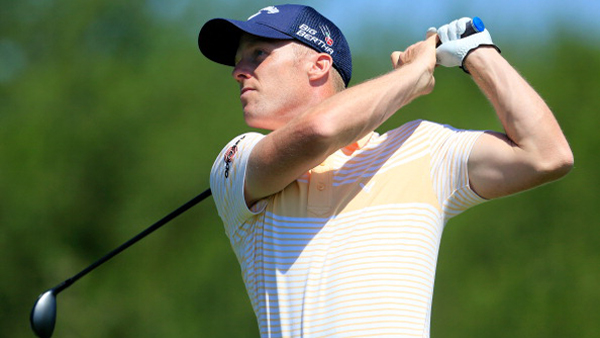 MOSCOW — David Horsey shot a 4-under 68 Friday for a two-stroke lead at the halfway mark of the Russian Open.

The 29-year-old Englishman dropped two shots in his first four holes of the second round but then birdied four of the last six for an overall 11-under 133.

Double European Tour winner Horsey is just one of three players in the world’s top 200 competing at the Tseleevo Golf and Polo Club course near Moscow.

Belgium rookie Thomas Pieters is second on 9 under after also shooting 68.

Scotland’s Peter Whiteford, looking for his first Tour success in his 181st tournament, shot a 1-under 71 and is third at 7 under.

Horsey last won in 2011 at the Trophee Hassan II in Morocco but made major changes to his swing at the start of the year.

“Dropping a couple of shots early on as I did is always disappointing … I just needed to stay patient and keep giving myself birdie putts,” Horsey said.

The 22-year-old Pieters turned professional 13 months ago but has only managed to make the halfway cut in five events this year with his best finish being second in May’s Spanish Open.

Whiteford went close to a maiden Tour win last year, losing a playoff for the Ballantine’s Championship in South Korea.

Now the 33-year old Scot has put himself into contention again for a breakthrough success on the European Tour.

“My start today was shocking as my first tee shot went straight into the rubbish, and I was four over par after five holes,” he said. “But it was a good fightback.”