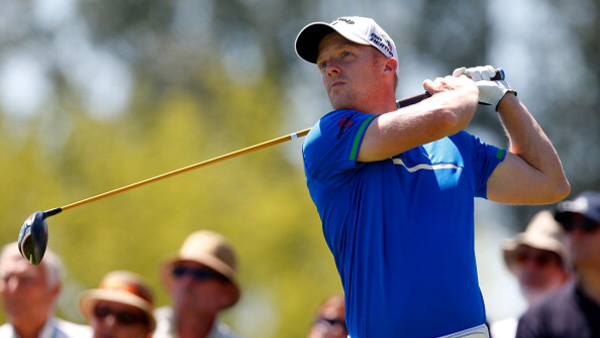 MOSCOW  — David Horsey birdied four of his final six holes Thursday for a 7-under 65 and a one-stroke lead in the first round of the Russian Open.

Former French Open tennis champion Yevgeny Kafelnikov, one of 10 Russians in the field, shot an 11-over 83 with one birdie, six bogeys and three double-bogeys.

Horsey has four top-10 finishes this season, including a share of ninth in last month’s Lyoness Open in Austria.

“I have been working hard on my game the last 9-to-10 months and while it’s been a bit inconsistent, the good stuff has been really good and it’s just that inconsistency and a lack of confidence with it that’s hurt a bit,” the 29-year-old Englishman said. “However, that comes with the territory when you bring in changes, but they’re starting to bed in and I’m starting to get more comfortable.”

Scott Jamieson and Peter Whiteford (both 66) were tied for second at the Tseleevo Golf and Polo Club. A further eight players shared fourth place at 5 under.

Jamieson capped his round with an eagle at the par-5 eighth hole and a birdie at the last. Whiteford birdied four of his last seven holes.

Defending champion Michael Hoey withdrew from the event with a left foot injury.