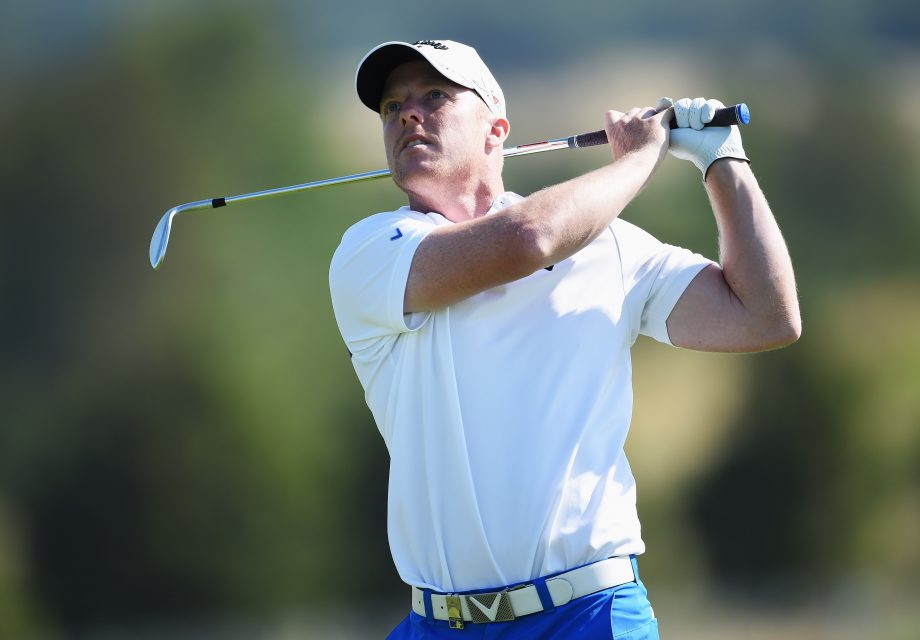 David Horsey of England plays a shot during the first round of the Made in Denmark at Himmerland Golf & Spa Resort on August 20, 2015 in Aalborg, Denmark. (Stuart Franklin/Getty Images)

AALBORG, Denmark – David Horsey shot an 8-under 63 to secure a one-shot lead after the first round of the Made in Denmark tournament on Thursday.

Starting on the 10th hole, the Englishman shot an eagle on the par-5 11th and five consecutive birdies on Nos. 13-17 to finish the back nine in 28. His one stumble was a bogey on the fifth.

Welshman Oliver Farr was one shot behind and Paul Laurie of Scotland third with a 6-under 65.