Hughes inside the Top 5 at the Northern Trust 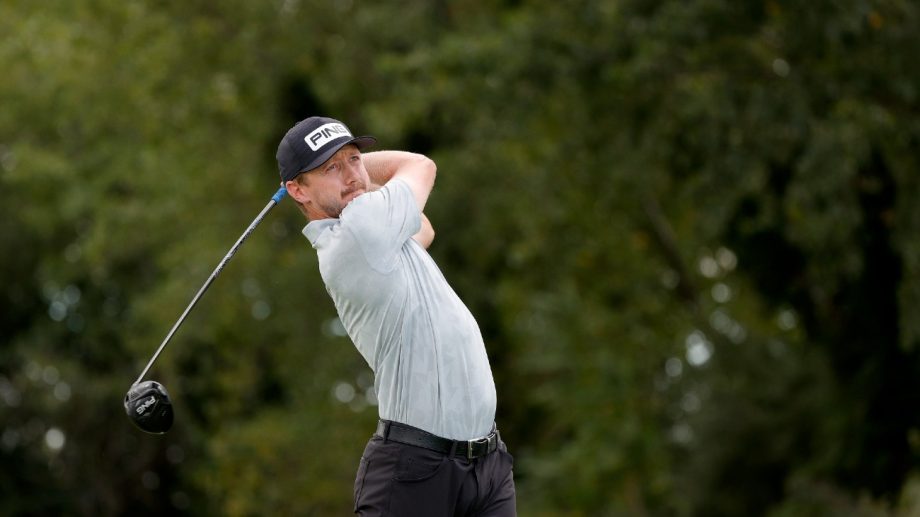 JERSEY CITY, NEW JERSEY - AUGUST 19: Mackenzie Hughes of Canada plays his shot from the 16th tee during the first round of THE NORTHERN TRUST, the first event of the FedExCup Playoffs, at Liberty National Golf Club on August 19, 2021 in Jersey City, New Jersey. (Photo by Sarah Stier/Getty Images)
Canadian Press

JERSEY CITY, N.J. (AP) Jon Rahm returned from a month off and played like he was never gone. Justin Thomas took the advice of a 15-year-old and had his lowest score of the year.

Both opened with an 8-under 63 on Thursday at The Northern Trust as the PGA Tour’s postseason began with no shortage of bizarre developments.

Rahm, who missed his chance at the Olympics because of what amounts to a false positive test result for COVID-19, expected a little rust in his game. It just didn’t show on his card. He chipped in for birdie, saved par on the next two holes and was on his way.

Thomas had benched his putter for bad behavior after he spent too much of the year not seeing putts go in the hole. But during his junior event last week, a teenager asked why he wasn’t using his old putter.

He didn’t hole all of them, but enough to record nine birdies for his lowest round since a 62 last November in Mexico.

Bryson DeChambeau also made nine birdies. He was eight shots behind. His round of 71 was noteworthy because of the pars he made on No. 4 and No. 10. Those were the only pars he made all day. The nine birdies were offset by five bogeys and two double bogeys.

It was the first time in 10 years someone shot par or better with two pars or fewer.

Not to be overlooked was Dustin Johnson, one of the most stress-free players in golf at least he looks that way who uttered words rarely heard: “Threw me for a loop.”

He was hitting drivers on the range, and hitting them well, right before teeing off when a few of them came off the club funny and another one sounded funny. His driver cracked, and Johnson headed to the first tee with 13 clubs and one head cover for his 5-wood.

He had a spare 3-wood in the car but no driver and got that on the third hole. If that wasn’t enough, he decided on a putter switch at the last minute. He still managed a 70.

Otherwise, there was a range of good golf in surprisingly strong wind off the Hudson River across from the Manhattan skyline.

Harold Varner III had a 66 in the morning, boosting his postseason chances. He is No. 72 in the FedEx Cup standings, and only the top 70 after this week advance to the next tournament. With the points at quadruple value, some big movements are expected.

The six players at 67 included Adam Scott (No. 82), Robert Streb (No. 68) and Mackenzie Hughes (No. 67). Hughes sits tied for the fourth spot with Scott and Streb, putting him one off the lead heading into the second round.

British Open champion Collin Morikawa, the No. 1 seed, struggled to keep the ball in play and opened with a 74. Jordan Spieth at No. 2 opened with a 72.

Rahm has endured the strangest of times with COVID-19. He tested positive on the day he built a six-shot lead through 54 holes at the Memorial and had to withdraw, and then returned to win the U.S. Open for his first major.

And then after more negative test results than he can remember for the British Open he tied for third at Royal St. George’s he had two more negative tests prior to his departure for the Olympics before a positive result showed up. The next day, he took two more tests (both negative), but by then it was too late.

He returned from his bout with COVID-19 by winning a major. This is different. He never had a chance to win a gold medal because he never made it to Tokyo. But he wouldn’t mind the same result, which in this case would be a FedEx Cup title worth $15 million.

Thomas knows putts that don’t fall is not the fault of the equipment, but something had to change, so he benched his putter at he U.S. Open. Ultimately, it’s about getting the speed to match with the line of the putt, and he did that well for so much of the day.

He holed a 35-foot birdie putt for his first lead on the par-3 14th, gave it back with a poor chip, and then drove the 283-yard 16th green to set up a closing stretch of three straight birdies.

The day started with another development: Patrick Reed withdrew with a sore ankle, the second straight week he has had to withdraw.

Reed is No. 22 in the FedEx Cup, and there are only two tournaments left to qualify for the Ryder Cup. He is No. 9 in the standings, and only the top six automatically qualify. The idea was to give it another week of rest and being ready for the next one.