Hughes leads Canadian contingent after round one at RBC Canadian Open 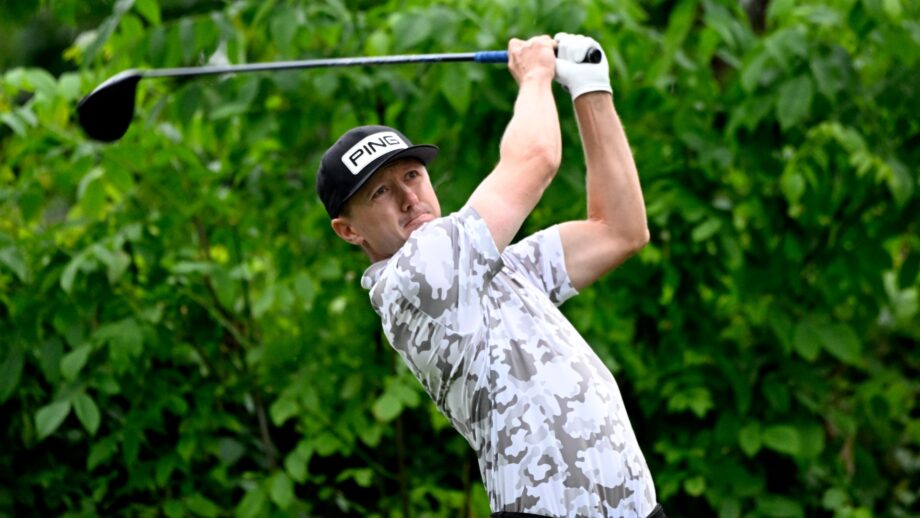 TORONTO, Ont. – Mackenzie Hughes had a solid start at St. George’s Golf and Country Club, shooting a four-under par 66 after the opening round of action.

“It feels great. The excitement and the buzz seem to be here and I know after three years of not playing the tournament, everyone’s pretty excited about it, so we share that same feeling,” said Hughes. “I know the Canadian players I talked to are all really excited to be here. It’s a different week for us because we don’t get to feel, I don’t do press every week on PGA TOUR, so it’s kind of neat, I kind of relish the opportunity to do it and hopefully have a great week and get the fans behind me on Sunday.”

Leader Wyndham Clark boarded the birdie train in the early stages of his opening round at the 2022 RBC Canadian Open and rode it all the way to the top of the leaderboard.

Clark, who started his day on the back nine, poured in five birdies on his opening nine holes and added a pair coming in, in a bogey-free first round effort – one he felt he deserved.

“I just had the putts fall,” said Clark. “That’s all I felt I’ve needed all year was just a little jump start like this where I see some putts and it’s okay, I’m doing the right things, and I’m finally getting rewarded for all the hard work.”

This is Clark’s third appearance at the RBC Canadian Open. He missed the cut in each of his previous two showings. The 28-year-old says he hopes the momentum from round one snowballs further into the week and beyond.

“I’ve been trending in the right direction, and today it all kind of came together,” said Clark. “I’m really hoping that we keep going this week with that and leading into next week at the U.S. Open and for the rest of the summer. My game feels good.”

Matthew Fitzpatrick also jumped out to a quick start at the National Open, registering a six-under par 64 for sole position of second place. Fitzpatrick was firing on all cylinders out of the gate, notching four birdies in as many holes to start his round and steadied the ship the rest of the way.

“Growing up, I’ve always been kind of more of a straighter player and solid putter,” said the Englishman. “To me round here, it’s just about giving myself plenty of chances to get shots off the fairway to give myself chances for birdie. Today I did that well.”

Doug Ghim and Harold Varner III rounded out the top-three with a pair of five-under par performances at St George’s.

“If you’re hitting it in the fairways and you’re attacking the greens, you can post a low one. But if you’re just a yard off, you’re scrambling for par very quickly,” said Ghim. “I put the ball in play for most of the day and hit a lot of greens. Felt pretty dialed on the greens too, so that always helps.”

“Obviously every week you go on the PGA TOUR, you want to play well, but playing well in front of the home fans and your friends and family, it’s hard to describe how good that feels. So when you’re out there and you’re making birdies and having a good round, it just feels that much better,” said Hughes.

Second round tee times are scheduled to begin at 6:40 a.m. For the full list of Friday’s pairings, click here.

See below for an all-Canadian leaderboard.