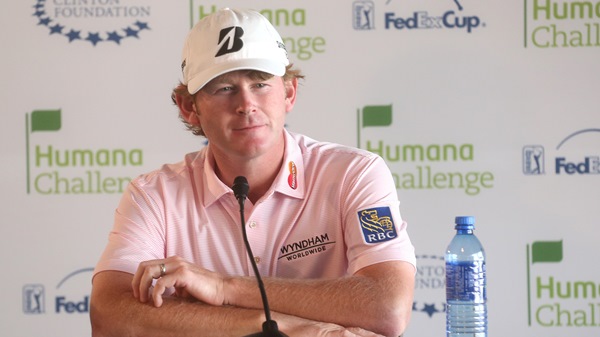 The old Bob Hope Classic was Frank Sinatra and the Rat Pack, T-bone steaks and late-night cocktails. The Humana Challenge – actually, the Humana Challenge in partnership with the Clinton Foundation – is corporate executives, carrot sticks and early morning power walks.

“Let’s not forget that Bob Hope lived to be 100. He walked every day of his life,” tournament executive director and CEO Bob Marra said Wednesday.

“We take the health and well-being mission of the tournament very seriously. We have a Fortune 500 company, Humana, that is dedicated to this. That’s what they do. The Clinton Foundation, the same thing, a worldwide organization that helps people with a big focus on health and well-being. … We want to make this clearly the healthiest sports event in the world. You have to walk the walk when you say that.”

The tournament has done away with the celebrity portion of the pro-am field, though actor Craig T. Nelson, singer Michael Bolton, Arizona Cardinals kicker Jay Feely and Golf Channel’s Holly Sonders are playing as “special guests.”

“We feel like it’s more important to have high-profile people – still celebrities in their own right – who are aligned with the tournament philosophy than to have a field of celebrities,” Marra said. “There aren’t many absolute, no-question A-list celebrities who play golf and play to a level where they don’t harm the tournament. A super-hot celebrity who is smacking the ball all over the place and causing a ruckus hurts.”

The pro-am players paid from $25,000 to $29,000 to play alongside the professionals for the first three days of the tournament, and six of them will advance to the final round. By eliminating the roughly 20 slots given to celebrities, the event cut expenses and generated more than $500,000.

“There was only so much you could do with celebrities,” Marra said. “It was a neat part of the past, but I like it better now.”

The regular field also is thin on star power, with Kapalua winner Zach Johnson the top-ranked player at No. 6. No. 14 Brandt Snedeker, No. 20 Webb Simpson and No. 22 Keegan Bradley are the only other top-30 players. Phil Mickelson, the headliner last year, is skipping the event to play in Abu Dhabi.

“This is one of my favourite events,” Snedeker said. “Obviously, the weather is perfect. The golf courses, I feel like, set up really well for me.”

Snedeker tied for 11th two weeks ago in the Tournament of Champions in his first start since injuring his left knee jumping off a Segway scooter in China in early November.

“Self-inflicted, stupidity injury,” Snedeker said. “Luckily, it was not very serious. It boiled down a deep bone bruise and a sprain in my ACL and is a hundred per cent healed.”

Snedeker will begin play Thursday at La Quinta Country Club in a group with Rickie Fowler. Johnson is paired with Bradley. They also will open at La Quinta before shifting to PGA West for rounds at the Jack Nicklaus and Arnold Palmer private courses.

Last year, Brian Gay won his fourth tour title, closing with a 9-under 63 and beating Charles Howell III on the second hole of a playoff. David Lingmerth was eliminated on the first extra hole.

“It started as a crick two days before I went to Maui and it’s lingered and lingered,” Gay said. “It’s been better some days, worse some others. I’ve had treatment. … Felt the best of any day yesterday afternoon swinging the club and pain-free and I woke up this morning and it was kind of a new spot and worse.”

Bradley has a cold.

“I got a little sick yesterday,” Bradley said. “I’m feeling much better today.”

They came to the right event.

“We like it call it a week of well-being with a side of golf,” Humana’s Tom Noland said.