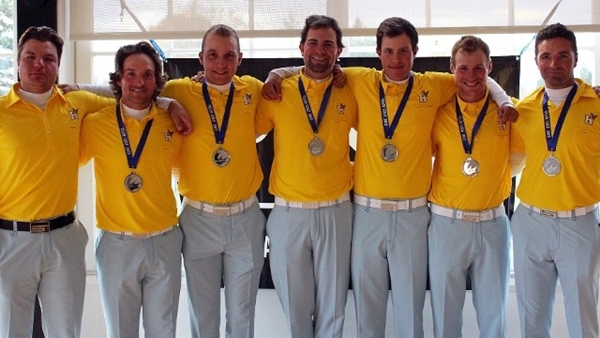 With the 2014 PING Canadian College Athletic Association (CCAA) Golf National Championships right around the corner, there’s a new team atop the men’s rankings.

The Humber Hawks have bumped the defending champion University of the Fraser Valley (UFV) Cascades out of the top spot, thanks in large part to four top-3 finishes in four Ontario College Athletic Association (OCAA) events – including two victories.

“Humber has been a perennial force in men’s golf and are proving once again they will be a top contender at Nationals,” said Albert Roche, Canadian Collegiate Athletic Association golf convenor.

Over in the Pacific Western Athletic Association (PACWEST), Fraser Valley stumbled – by its standards – to a fourth-place finish at the recent Vancouver Island University Invitational. Despite that result, the Cascades still sit first overall in the PACWEST standings. But, the result was enough to bump them out of the No. 1 spot.

“It may be more of a reflection of UFV’s standing in men’s golf in the strong PACWEST conference,” said Roche. “Four teams are showing tremendous competitiveness and battling for top placement in the conference,” he said.

UFV dominated the 2013 nationals, capturing gold in both the men’s and women’s team competitions. They also took home 4-of-6 individual medals. There’s no doubt, the Cascades will be ready come Oct. 14-17, when the National Championships return to Quebec City for the second consecutive year.

“The nationals are shaping up to be a real shootout for varsity golf supremacy for both our men and women,” said Roche.

Humber is coming off silver (men) and bronze (women) medal performances at the 2013 event. That would be a dream tournament for some institutions, but not Humber. The Hawks were, after all, coming off a streak that saw them capture at least one gold medal per season in team competition since 2006.

In 2013, Humber’s men’s squad had a rebuild year of sort but gained valuable experience. Most players from the silver-medal winning team are back this season.