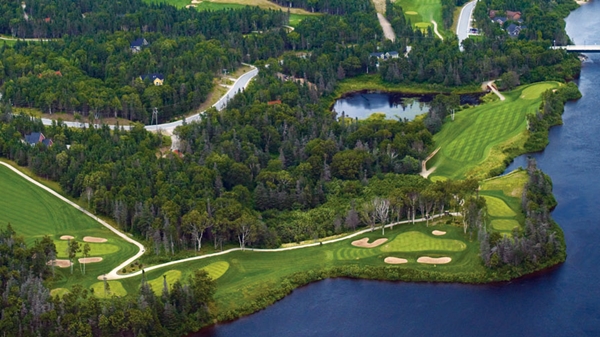 The 54-hole stroke play championship will feature some of the country’s top junior golfers aged 11-18. Players will vie for titles in a Junior Boys and Junior Girls division, respectively.

“We are looking forward to finishing off the CN Future Links regional series on the East Coast,” said Tournament Director Cam Crawford. “For many of the competitors this event will be their first CN Future Links tournament of 2014. It will be exciting to see all that the juniors in the Maritimes have to offer.”

Play will take place on Humber Valley Resort’s River Course, which was ranked as the 9th Best Modern Course in Canada by Golfweek in April 2014. The course was also the only Newfoundland course to make ScoreGolf’s Top 100 Canadian Golf Courses list in 2012.

“Our management, staff, and course crew have been busy preparing the course and clubhouse to welcome the athletes and their parents to the resort,” said Host Club Tournament Chair Heather Oke. “The future of golf lies in the athletes who compete in these tournaments and we want them to enjoy their golf experience here at Humber Valley.”

Defending CN Future Links Atlantic champion, Ryan Nowe of Bridgewater N.S., will be present in the field again this year. Nowe grabbed the title last season with a seven stroke victory in 2013 and also claimed second place in the 2013 Nova Scotia Junior Championship. The third place finisher at CN Future Links Atlantic in 2013, Myles Creighton of Digby, N.S., will also look to pick up the champion title this year.

In the Junior Girls division, CN Future Links Atlantic veterans include Rachel Cormier of Rothesay, N.B., Claire Konning of Indian Mountain, N.B., and Bailey Carr of Charlottetown, P.E. The trio placed in the top-15 last year, and will look to improve their standing at this year’s tournament.

The top six competitors in the Junior Boys division of each CN Future Links Championships will earn exemptions into the 2014 Canadian Junior Boys Championship, which will be contested July 28 – August 1 at Legends on the Niagara’s Battlefield Course in Niagara Falls, Ont.  The Junior Girls champion from each CN Future Links Championship will earn an exemption into the 2014 Canadian Junior Girls Championship, which runs July 28 – August 1 at Thornhill Golf and Country Club in Thornhill, Ont.