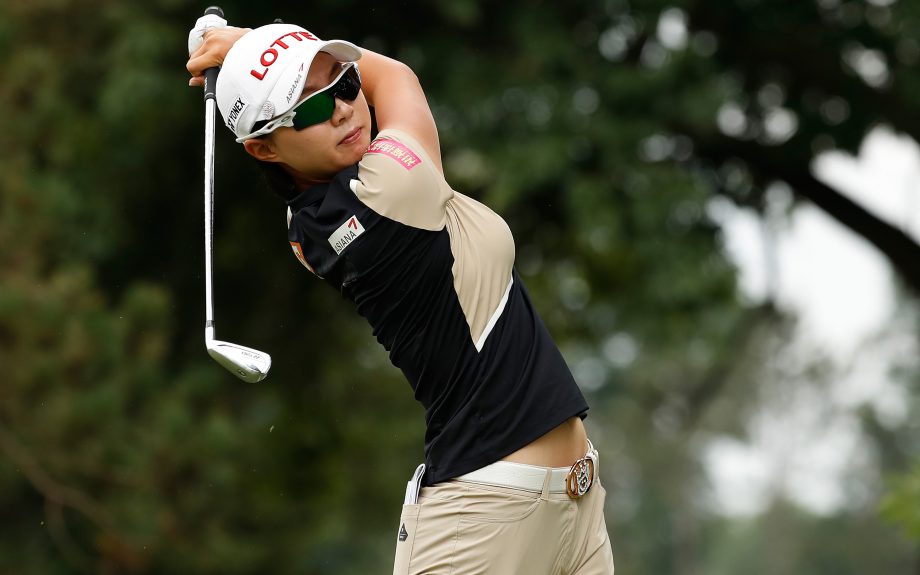 SYLVANIA, Ohio – Hyo Joo Kim had five birdies in a six-hole stretch and shot a 7-under 64 on Saturday at Highland Meadows to open a three-stroke lead in the LPGA Tour’s Marathon Classic.

“I hit good drives, good tee shots and iron shots,” Kim said. “I managed to get up-and-down and I made good putts. It was good.”

Kim had shares of the lead the first two days, opening with a 66 on her 21st birthday and shooting a 68 on Friday. The South Korean player won the season-opening event in the Bahamas for her third career title.

Top-ranked Lydia Ko and Alison Lee were tied for second.

“I let one – it was a very dumb one – slip on the last hole,” Ko said. “I’ve got to take the positives. There were so many putts that were so close but didn’t end up falling, so hopefully a few more fall tomorrow. Hyo Joo played great today, holed a lot of putts, put herself in really good positions. Obviously, I’ll be trying to track her down tomorrow, but there’s still a lot of golf to be played.”

“At the end of the day, I’ve just got to focus on my game,” Ko said. “If I can put some good shots and put myself in good positions to make birdies and put good strokes on it, that’s all I can do.”

Lee, the 21-year-old American who has struggled in her second season on the tour while still attending classes at UCLA, birdied Nos. 15-17 in a 66.

“Feels like I’m playing golf again,” Lee said. “I’m actually having a great time out there and committing to the shot and watching the ball go where I want it to go. I feel really confident going into tomorrow. It’s definitely been a while since I’ve felt like this, but it was worth the wait.”

Stacy Lewis and Ariya Jutanugarn were 11 under.

Lewis birdied six of the first 13 holes in a bogey-free 65.

“I played really solid today,” Lewis said. “It was probably one of the most solid rounds of the year, just ball-striking-wise. I felt like I could hit any shot I needed to, was killing my driver.”

Born in the area, the Texan is winless in 55 starts since taking the North Texas LPGA Shootout in June 2014 for her 11th tour victory. She has 11 runner-up finishes during the drought and 24 overall.

“I want to enjoy this one today because that was probably one of the easiest rounds of the year,” Lewis said. “I just need to keep trusting what I’m doing. That’s kind of been my motto the last week or so, just believe in it and trust it, and that’s what I keep trying to do.”

Jutanugarn birdied the final three holes for a 66. The long-hitting Thai player won three straight events in May.

“I hit my tee shots really good, really a lot better than yesterday,” Jutanugarn said. “I get more comfortable with my putting, so my putting is getting better.”

Hamilton’s Alena Sharp sits T19 to lead the Canadians in the field at 5-under. Sherbrooke, Que., native Maude-Aimée Leblanc is tied for 28th at 3-under. Québec’s Anne Catherine Tanguay is T41, while Smiths Falls, Ont., native Brooke Henderson holds a share of 50th.