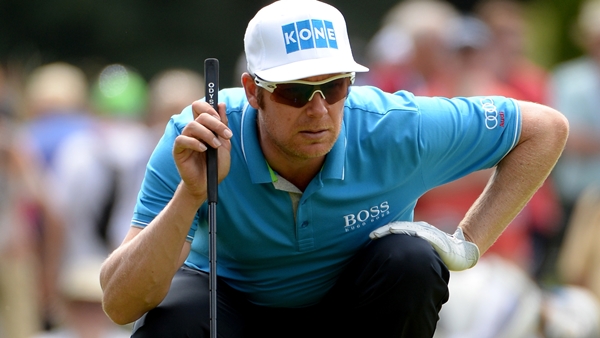 CORK, Ireland – Finland’s Mikko Illonen shot a 7-under-par 64 to set a new course record on Thursday as crowd favorite Rory McIlroy struggled on the opening day of the Irish Open.

Illonen birdied five of his closing seven holes in superb morning conditions on the Fota Island course in Cork and took a three-stroke clubhouse lead over Italy’s Edoardo Molinari and England’s Matthew Baldwin, who were the next best among the early finishers.

The 64 is a new low for a course that has undergone major changes since its previous staging of the Irish Open in 2002.

McIlroy hit just eight of the 14 fairways and took 30 putts in a round of three-over 74.

Illonen is playing his 300th European Tour event and said Thursday’s round was belated reward for good recent form.

“I lost out in a play-off to Sergio (Garcia) in the Qatar Masters earlier this year and recently in the Nordea Masters I felt my game was good despite finishing 32nd, which is still a mystery how I finished 32nd that week as I was hitting my best shots of the week there,” Ilonen said.

“Maybe the good golf is there but then we still have a long way to go this week.”

McIlroy said jetlag, and the late arrival of his clubs after returning from the U.S. Open, contributed to his disappointing showing in front of home fans.

“I was very sloppy with the scoring clubs today, wedges, the short game, the putting,” McIlroy said. “All that was just a little off.

“So hopefully that is my poor round for the week and I can do a better job of that tomorrow and I’ll need something in the low 60s just to be here on the weekend.”