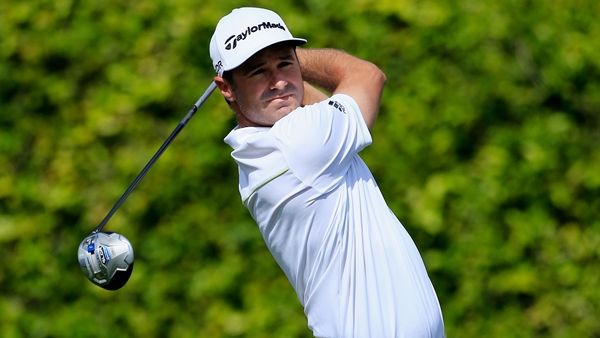 The Canada Cup is part of GOLFest Nova Scotia, a week-long celebration of national pride and all things golf in Canada that will also feature a Web.com Tour event, the Nova Scotia Open, from June 29 to July 6.

“I am excited to represent the World alongside Matt and Gary as we compete against Team Canada in what will be a special day for golf in Canada and around the world. I know Canadians are very passionate and supportive of their country when it comes to sports. The Canada Cup is a unique format that I am sure will create a fun and entertaining environment for all. I look forward to sharing this experience with all the players and spectators as I visit Halifax, Nova Scotia for the first time in June,” said Immelman.

Conducted by SportBox Entertainment Group, the Canada Cup is a one-of-a-kind hospitality and spectator experience. Taking place during Canada Day week in Halifax, Nova Scotia, fans are encouraged to wear red and white and cheer loudly in support of Team Canada’s Weir, DeLaet and Hearn as they take on Team World’s Kuchar, Woodland and Immelman. Each Canada Cup team will also be rounded out by a top Web.com Tour player entered in the Nova Scotia Open. The Canada Cup will start off with a morning pro-am, followed by 9-hole singles matches and 9-hole team alternate shot matches in the afternoon.

Changing the price of golf, one tee-time at a time

Jeff Calderwood thinks you would, and he maintains it will be good for you.

Calderwood is the executive director of the Ottawa-based National Golf Course Owners Association, which has signed a partnership/marketing agreement with the U.S. company Quantival to market and deliver its “dynamic pricing” service to golf courses across the Great White North.

IRVINE, Calif. – Golfers are urged to swing with care after scientists at UC Irvine proved that titanium-coated clubs can cause course-side vegetation to burst into flames.

Orange County Fire Authority Capt. Steve Concialdi said that the results confirm a suspicion investigators have had for years: that titanium alloy clubs were the cause of at least two blazes on area golf courses, including one that burned 25 acres at Irvine’s Shady Canyon in 2010. A second fire, sparked at Arroyo Trabuco Golf Club in Mission Viejo, burned close to homes.

“The common denominator was each golfer used a titanium club, and hit the ball [from] just out of bounds next to dry vegetation, where the ground was extremely rocky,” he said.

Investigators who were “laughed at” when they first floated the golf club theory have been vindicated, according to Concialdi.

Scientists painstakingly re-created in the lab the course conditions on the days of the fires. Using high-speed cameras and electron microscopes, they found that if hit upon a rock, clubs containing titanium can produce sparks of up to 3,000 degrees that will burn for more than a second, said James Earthman, a chemical engineering and materials science professor and an author of the study.

“And that gives the spark plenty of time” to ignite nearby foliage, he said. “Titanium reacts violently with both oxygen and nitrogen in the air.”

In contrast, when standard stainless steel clubs were used, there was no reaction.

Most golf clubs have steel heads but many manufacturers also make ones with a titanium alloy component in the head. Such alloys are 40 percent lighter, which can make the club easier to swing, researchers said.

So, if you have titanium clubs, be careful when hitting out of rocky conditions close to dry vegetation.