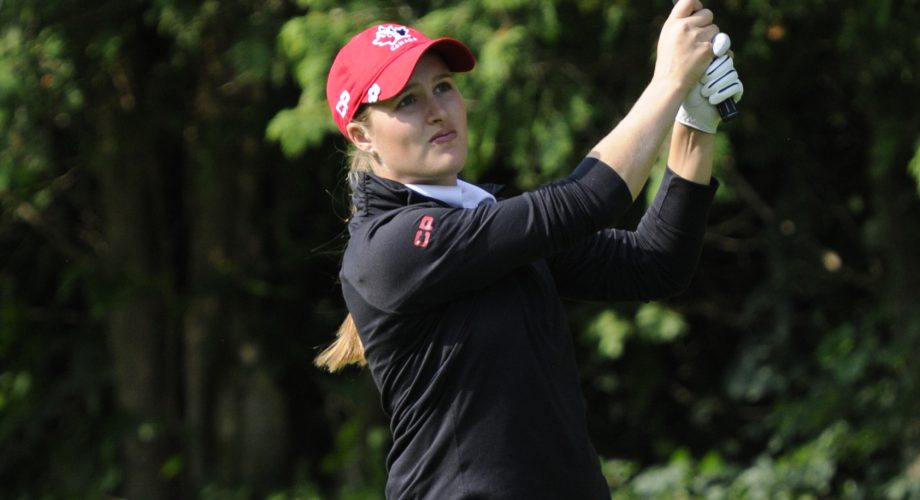 With a name like ‘Augusta,’ you have to think that golf will play a part in that person’s life.

In the case of Augusta James, a former member of Golf Canada’s national team and now a member of the Symetra Tour, this is absolutely the case.

The 21-year-old from Bath, Ont. Enjoyed three-and-a-half years at North Carolina State before leaving school earlier in 2015 to turn professional.

She cashed her first professional cheque in mid-February, and here, she dishes on her brother Austin (the winner of the 2014 Canadian Junior Boys Championship), her proudest moments as an amateur and of course, her iconic name.

On her introduction to golf:

I started playing junior golf when I was about five. My brother and I would go out and play nine with my parents; either we’d play from the cart signs in and putt, or we’d be in the bunkers messing around. It was just a fun thing to do.

On the brother-sister dynamic:

We’ve always had a sibling rivalry, but more so, we’re huge support systems for each other. I could normally get him on the golf course when we were younger, but that’s not always the case anymore. [Now] he always has my best interest at heart, and he’s my number one fan.

On that 63 at the Canadian Women’s Amateur:

I was definitely in the zone. I like to consider myself a pretty decent putter, and that’s what happened that day: the putter was really working. Winning the Canadian Amateur was a highlight of my amateur career, along with going to World Amateurs in Turkey and Japan.

On staying in school:

I’m still working on graduating from N.C. State as soon as possible. I’m working with the office of international student affairs and my teachers on some correspondence classes to finish my degree.

On deciding to turn pro:

Given my work through Q-School, I had given myself an opportunity to play the full year on the Symetra Tour and get myself to the LPGA [Tour]. I just wanted to take advantage of this opportunity I created for myself and be 100 per cent committed to the decision I made.

On excitement versus nerves:

I’m certainly more excited for this year than nervous. There are some nerves – you’re moving to a different level and playing different tournaments – but everybody that I’ve met has been extremely nice. There’s nothing to be nervous about, you’ve just got to go play your game.

A couple of years ago I was lucky enough to play with Brittany Lincicome and Natalie Gulbis … that was fantastic. I learned a lot about how to approach things. I also really like what Stacey Lewis has done with her career. She’s definitely an inspiration.

Women’s golf in Canada is progressing every year. We have great players coming through the college ranks and the amateur ranks, and now, the pro ranks too. It’s just getting better every year.

Seeing a bunch of girls (including Brooke Henderson and Grace St-Germain) from Eastern Ontario have success makes me really proud to be from that area. The support we get from that area is unbelievable.

My parents were big golfers and had been for a long time. I was born on the opening day of The Masters in 1993; they didn’t have a name for me yet, so, they went with Augusta.