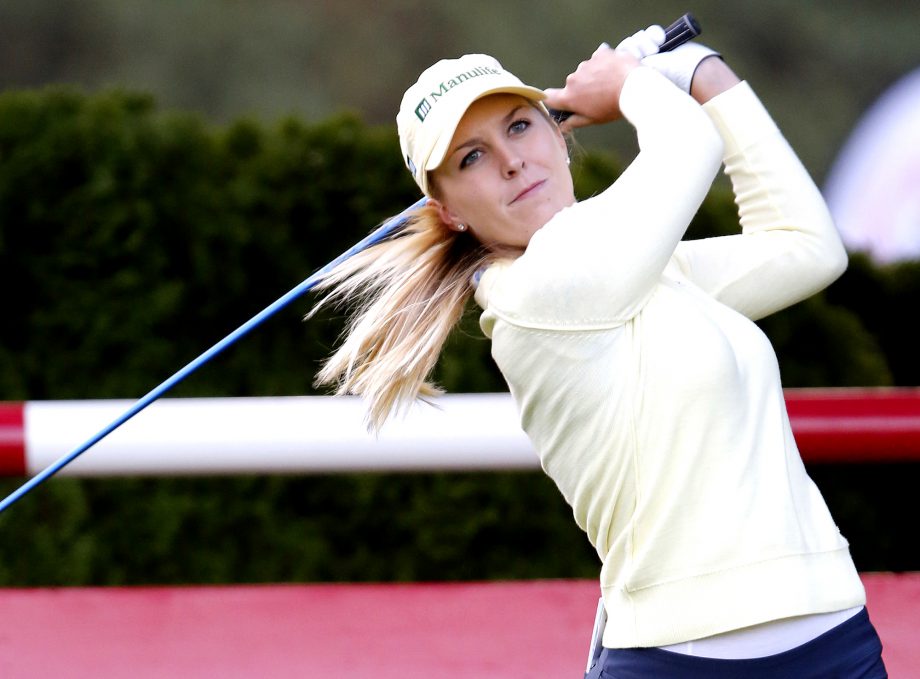 Although the former Golf Canada National Amatuer and Young Pro Squad member Jennifer Kirby struggled in the 2015 season, on a mixture of the Symetra and LPGA Tours, the 24-year-old is staying positive.

Kirby has not yet found success at the LPGA level, but the can’t-miss-kid couldn’t be missed for a reason. After winning both the Canadian Women’s Amateur Championship and the Canadian Junior Girls Championship in 2009, Kirby went on to a tremendous career at the University of Alabama – including being part of the National Championship-winning team in 2012.

Kirby then went on to win in her first start as a professional, at a Canadian Women’s Tour event in Quebec.

Here, Kirby dishes on her collegiate experience (“Roll tide!”), her off – course passions, and what it means to be supported by Canadian fans.

On winning the NCAA National Championship:

The team goal is always to win the national championship and every year we just kept building towards it. My sophomore year we were the closest I ever thought we’d be, it was just nice to feel that hard work come into success. There are a lot of great players that’ll go through their college careers and not experience something like that.

Football season makes it (Alabama) a whole other place to be when all the people come in to watch the games. Everyone gets so in to it there, it’s just like a way of life.

102,000 people fit in the stadium. But it feels like so much more. People come in to town and don’t even go to the game. The city just transforms.

On being a part of the Golf Canada experience:

As an amateur they gave me every opportunity I could ask for. I travelled all around the world representing my country. They gave me all the tools to succeed and all the opportunities to play against good competitors. Every day I’m very thankful to have gone through that program.

On playing LPGA events in Canada as a Canadian:

Canadians just love golf. You can tell the Canadian events are the best run on Tour. Everyone loves going there and the crowds are so knowledgeable and so involved. They’re very excited about everyone being there. For me, as a Canadian, it’s just amazing to come home.

On her famous Canadian coach:

I’m still working with Sean (Foley). We’ve been working together for over 10 years. It’s very hard because we both have very different schedules, but I still try to see him whenever I get the chance to get together.

On some off-course interests:

I like working out, I like to shop and travel. Anything relaxing. We’re always on the go, being at home and being with family and friends is a lot more valuable than doing other things.

On the LPGA’s new look:

I think it’s really cool that a lot of magazines and shows have been highlighting women on tour and showing there’s more to them than just being a golfer. I think a lot of the girls do a good job on Instagram showing that as well – you see girls in yoga magazines, fitness magazines, and more. It’s good for the fans to know a little more about the people on our Tour.

On getting on the bag for her boyfriend (Mackenzie Tour-PGA TOUR Canada member Tommy Cocha):

Whenever I go to see him – obviously our schedules are very difficult, but when I see him at a tournament week, he enjoys having me on the bag and obviously it’s a good financial help for both of us. He’s helped me before with that too. I really enjoy it, I learn a lot about how he plays. It’s good to have someone you trust on the bag and someone who knows you pretty well.