In Gee Chun leads in Portland; Brooke Henderson shot back 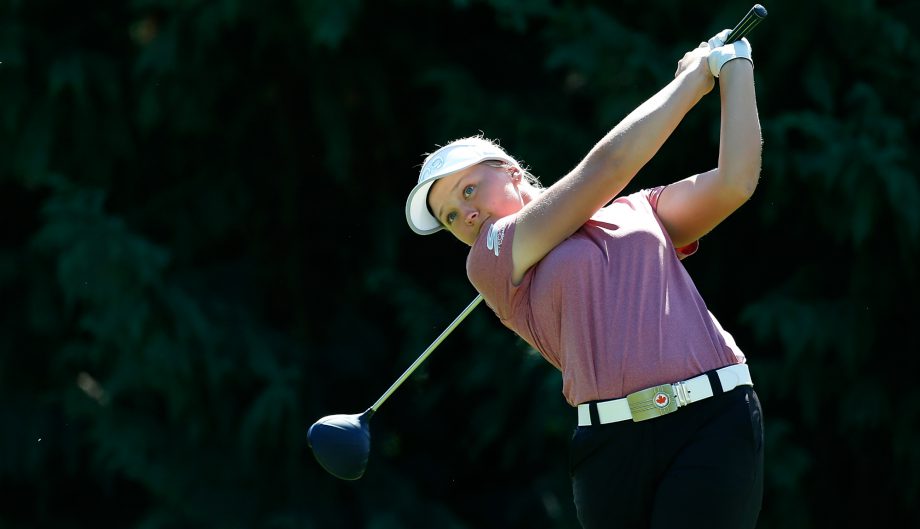 In Gee Chun shot a 6-under 66 on Thursday in the Cambia Portland Classic to take a one-stroke lead over two-time defending champion Brooke Henderson and five others.

Playing the event for the first time, the sixth-ranked Chun had seven birdies and a bogey at tree-lined Columbia Edgewater.

“Before coming here everyone said the course is really good,” Chun said. “I agreed. I like big trees. It’s amazing. And the greens are very consistent and really good condition.”

The South Korean player tied for third last week in the Canadian Pacific Women’s Open and has four runner-up finishes this season. Both of her LPGA Tour victories have come in majors _ the 2015 U.S. Women’s Open and the 2016 Evian Championship.

“I have not been able to win, but I think it was a strong finish,” Chun said. “Sometimes I had small stress from that part. … Just keep going, enjoying the process.”

“I think it just suits my eye,” Henderson said. “I love tree-lined courses and I love when it’s so green everywhere you look. The grass is very lush, and I love that. Just playing here I have so many incredible memories from two years ago, last year, and I just try to feed of the energy and adrenaline that I felt over the past couple years.”

After bogeying the par-4 eighth, the 19-year-old Canadian got up-and-down from a fairway bunker on the par-4 ninth, hitting a 7-iron from 157 yards to inches for a closing birdie.

“That bunker shot in the fairway on No. 9 really saved my whole round,” Henderson said. “I would’ve liked to finish a little bit lower today. I was 4 under through the front nine and things were going really well. I tried to make a few more birdies on the back but they just didn’t fall.”

Henderson set the tournament 72-hole record of 21-under 267 in 2015. She had a hole-in-one Wednesday in the pro-am playing alongside Nancy Lopez, the only three-time winner in event history. Henderson has four LPGA Tour victories, also winning the major KPMG Women’s PGA last year and the Meijer LPGA Classic in June.

Hamilton’s Alena Sharp is 3 under after a 69 while Maude-Aimee Leblanc of Sherbrooke, Que., fired a 70. Calgary’s Jennifer Ha is 3 over and Augusta James of Bath, Ont., is 7 over.

Lexi Thompson had an eagle and a double bogey in a 68. Also making her first start in the event, the second-ranked Thompson eagled the par-5 fifth to reach 4 under and was 5 under after a birdie on the par-4 11th, but dropped back with the double bogey after driving to right on the par-4 17th. She rebounded with a long birdie putt from the fringe on the par-4 18th.

“Definitely a ball-striker’s golf course,” Thompson said. “I have a good amount of wedges out there, but the greens get so firm. It’s important to get the landing yardage right so it stays pin-high and not bounce over the green.”

Ai Miyazato had a 69. Making her final start in the U.S., the Japanese star plans to retire after The Evian Championship in two weeks in France.

Stacy Lewis shot 70. The Houston-area player is donating her earnings to hurricane relief.

“A lot of messages and texts and people wanting to know how they can help,” Lewis said. “That’s kind of the point behind it, to get more people involved and create some awareness.”

Juli Inkster, the oldest player in the field at 57, had a 72 in the group with Chun.

Top-ranked So Yeon Ryu, playing alongside Thompson, opened with a 74.