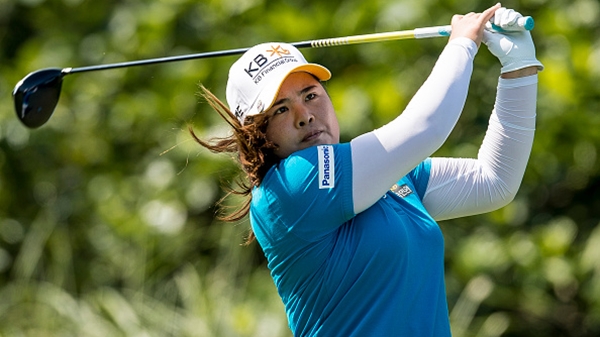 TAIPEI, Taiwan – Top-ranked Inbee Park birdied five of the last seven holes Thursday for an 8-under 64 and a share of the first-round lead in the LPGA Taiwan Championship.

The South Korean star, playing her first round since regaining the No. 1 spot in the world Monday, was tied with China’s Shanshan Feng after her bogey-free round at Miramar.

“I hit the ball really solid all day and, on the back nine, everything seemed to drop,” Park said. “I can’t remember the last time I putted like this. It’s been a really good putting day, so I’m really happy about that.

“I really concentrated on my putting this week and tried to improve a little bit and I practiced a lot on the greens this week. The hard work is paying off, so I’m really happy.”

Feng eagled the par-5 sixth hole and had six birdies in her bogey-free round.

“I think it’s my putting, because my long game is always good,” Feng saiid. “When my putting is on, I always have a chance to win. But when the putting is not doing well, then I’m just like so so.”

Second-ranked Stacy Lewis had a 67, and Michelle Wie topped the group at 68.

Norway’s Suzann Pettersen, the winner the last two years at Sunrise, had a 70.