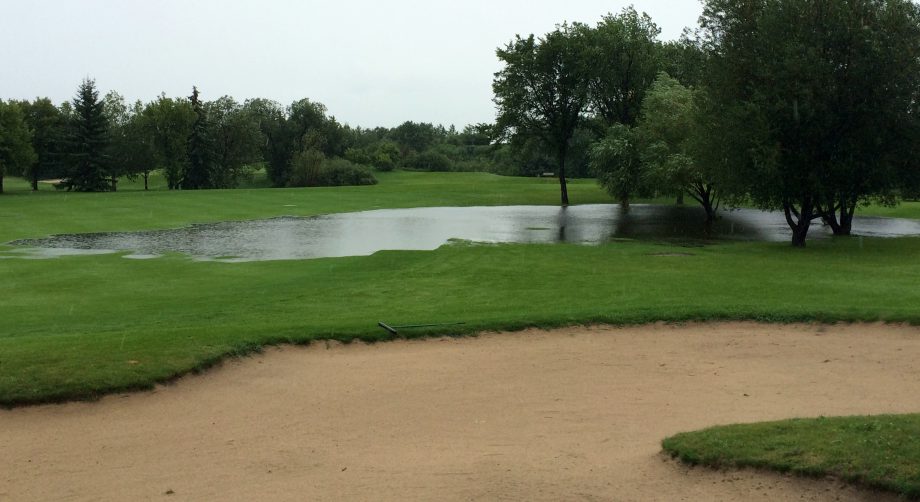 Saskatoon, Sask. – Heavy rainfall and the ensuing unplayable conditions forced the postponement of the first round of the 2015 Canadian Women’s Amateur Championship at Riverside Country Club in Saskatoon, Sask.

The first round of play will begin on the morning of Wednesday, July 29 at 7 a.m. CST with revised tee times. Round two will also see a revised draw and is slated to begin immediately following the completion of the first round. Pairings for rounds one and two will remain the same as the original groupings.

“Unfortunately weather did not cooperate with the first round of play,” said Tournament Director Mary Beth McKenna. “However the weather forecast is looking good for the remainder of the week and we are confident that we will be able to finish the 72-hole national competition.”

For additional information on the championship, including revised tee times and live scoring, proceed to the competition’s website.