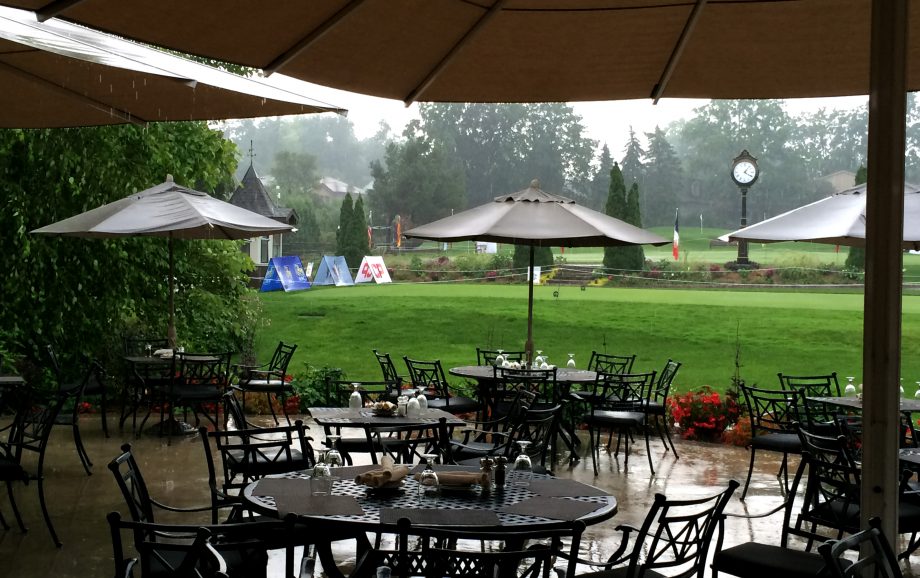 While pleasant conditions and cool breezes set the stage for the morning rounds, clear skies quickly gave way to cloud cover and heavy rainfall shortly after 1 p.m. EDT. With inclement weather continuing, play was cancelled at both courses at 5 p.m.

The first round of play will resume on the morning of Tuesday, August 11 at 7:30 a.m. EDT. Round two tee times will be adjusted due to time restrictions resulting from the suspension of the first round.

“Unfortunately, inclement weather and unplayable conditions have delayed the completion of the first round of play,” said Tournament Director Adam Helmer. “We are hopeful that the weather will hold for the ensuing rounds and that we will be able to complete the 72-hole national championship.”

An inter-provincial team competition will be played in conjunction with the first 36 holes. Vying for the Willingdon Cup as team champions will be 12 provincial and territorial three-person teams from across the nation.

For additional information on the championship, including adjusted second-round tee times and live scoring, please proceed to the competition’s website.