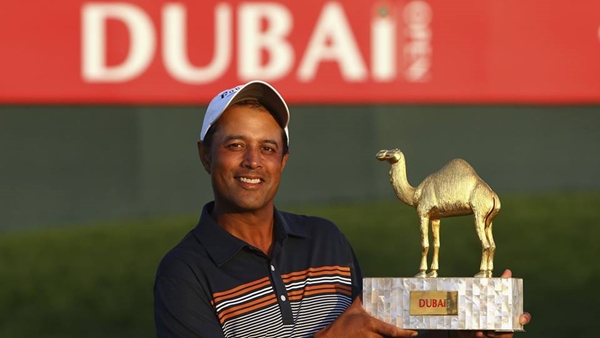 A shot behind entering the par-5 18th, Atwal closed with a birdie and Wang made a bogey.

The 41-year-old Atwal won for the first time since the PGA Tour’s 2010 Wyndham Championship. He finished with a 6-under 66 for a 16-under 272 total at The Els Club Dubai.

“This one feels really special,” Atwal said. “I’ve gone through some really tough times the last few years with injuries and losing my card on the PGA Tour and all that stuff. It was at a point where I almost wanted to quit. Thanks to a few of my family and friends, I didn’t, and here we are.”

“I had a lot of pressure,” Wang said. “I just tried my best. I don’t have any regret. I think I did my best. I just tried to play my game, but I cannot do that because of the pressure.”

Scotland’s Simon Yates was third at 13 under after a 68.