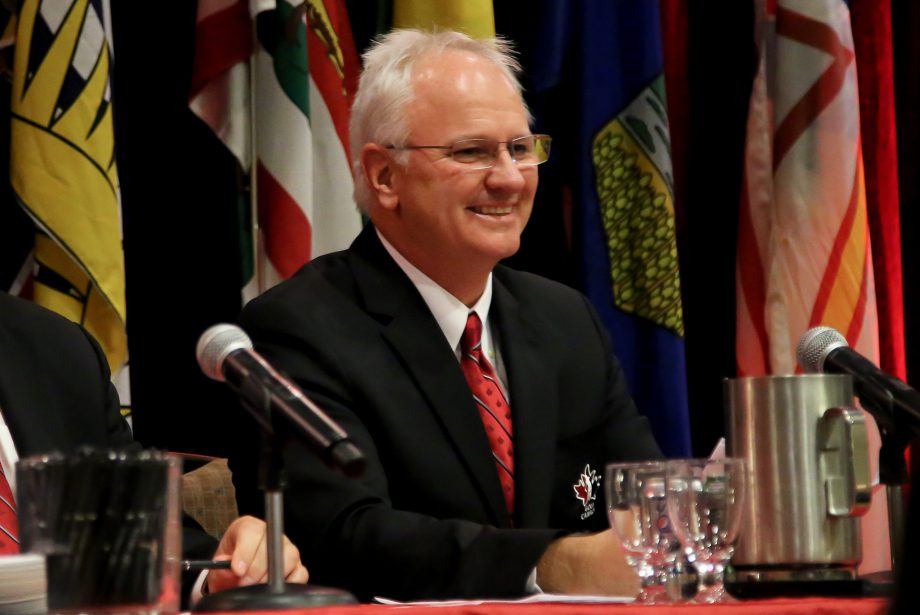 At a time when golf in all its facets is facing challenges, there can be no doubt that Paul McLean was the man for the job as he took on the presidency of Golf Canada.

When McLean of King City, Ont., took office as the 112th president of the national association in February 2015, he did so with impressive and appropriate credentials. Not only is he part-owner of two golf courses and a member of three national associations—Golf Canada, the National Golf Course Owners Association Canada and the Canadian Golf Superintendents Association—but he is the co-founder and president of Maxium, one of the country’s leading privately held leasing companies, with assets exceeding $1 billion. A significant portion of that billion dollars is focused on approximately 800 golf courses, which Maxium supports through leasing, loans and mortgages.

With the support of a Board which he calls “excellent, with a variety of expertise and perspective,” McLean focussed much of his attention on his area of proven expertise.

“There were more financial challenges than I anticipated,” he said, “and those challenges exist throughout golf. But several positives came out of that realization, especially the fact that we really tightened our focus on what we do and how we do it, from top to bottom. We spent a lot of time and went to great lengths to try to achieve a balanced operating budget that gives us a direct line of sight to achieving the goals of our strategic plan.”

One of the most fundamental is a revolutionary new membership structure, introduced in 2015, designed to reflect changing golf demographics and engage all golfers, not just members of private clubs. The previous model, about a century old, was “decaying,” says McLean.

“The new model is designed to connect us and the provincial associations with all golfers in Canada. This is key not just from a fiscal perspective, but even more importantly, to grow the game.”

From the outset of McLean’s presidency, a major theme was to strengthen the bridges between all stakeholders in Canadian golf, from the provincial amateur associations to the other members of the National Allied Golf Associations body. “We need to align ourselves, work together and maximize our resources to grow the game.”

On the professional championships front, the public perception couldn’t have been better, says McLean. “We had a great RBC Canadian Open and a great CP Women’s Canadian Open. Wonderful events, wonderful attendance and wonderful champions. From that perspective, we checked off all the boxes.”

But one important box went unchecked. “The financial results were not as good as they need to be going forward. We have to develop a long-term, financially sustainable plan for our professional championships.”

On the professional front, McLean points out with pride the fact that there are almost 40 Canadians combined on the PGA Tour, LPGA Tour, Web.com Tour, Symetra Tour, PGA Tour Latinoamerica and Mackenzie Tour/PGA Tour Canada.

“Twenty-five of those pros went through Golf Canada programs, so we are having a major impact at the highest levels, and building heroes creates awareness.”

In 2015, awareness of Golf Canada was also spread through the continual successful expansion of grassroots programs such as Golf in Schools (almost 2,800 schools) and CN Future Links (518 clubs).

But the life of a volunteer golf association president isn’t all interminable Board meetings, budget conferences and other related duties.

“I have some unforgettable memories,” says McLean.

“The first, and this may sound like a cliché, but I was humbled and honoured to see first-hand how hard our volunteers work. This year was really the first time I was inside the ropes at so many of our tournaments and it is unbelievable how dedicated these people are. I was in awe of our volunteers and our staff. “

He recalls the excitement of Sunday at the RBC Canadian Open at Glen Abbey. “What drama, what crowds! We were all cheering for David Hearn [of Brantford, Ont., who led after 54 holes and finished third] but Jason Day was such a great champion.”

And, although he had been to previous Open Championships, he was invited inside the ropes at last year’s tournament at the Old Course at St Andrews. “Just in awe of the aura, the history, the tradition. Unforgettable.”

That experience was made even more unforgettable because he was accompanied by his wife and two adult children. “We got to share the game of golf at the home of golf. And then we went to a nearby course so my son, who had a tournament coming up back home, could hit some balls.

“I was standing there, watching three young boys chipping and putting. As I watched them, it brought me back to my own childhood and how I would spend hours doing the same thing. Then a car pulled up and four seniors got out to hit balls. And then another car came with two teenaged girls.

“It brought home just how great and inclusive our game is and how important it is that we take care of it.”